What Are the Best Stadiums in the U.S.?

Sport fans are known for their loyalty, and many dedicated fans will go to great lengths to see their favorite team play, even if that involves a bit of travel. That has led to a growth in sport tourism. Stadiums are popular viewing destinations for sports games, but they are also destinations in their own right, as many have museums and tour offerings even when games are not happening. So, what are the best stadiums in the U.S. and how can you find tickets for them? Let’s find out!

Visiting a sport stadium offers fans a chance to see their favorite game live and get up close and personal to the action. It also provides a chance to experience the excitement of other cheering fans. Today, many sport venues have integrated technology and entertainment into the game and added fabulous food and beverage options. Stadiums often have on-site museums where you can learn about the history of the stadium and the team that calls it home. It’s clear that visiting a stadium is more than just watching a sporting event for today’s travelers.

We’ve rounded up the best stadiums in the U.S. to help inspire your next sport-themed vacation.

Home of the Green Bay Packers, Lambeau Field in Green Bay, Wisconsin is one of the best sports venues in the U.S. This is owed partly to the team spirit that reigns throughout the small town of Green Bay. The football stadium sits right in the middle of town. When attending a game at Lambeau Stadium, you will see fans throughout the city tailgating and having watch parties in their yards. It creates an exciting atmosphere that is unlike any other place. Lambeau Field is home to the Packers Hall of Fame and offers stadium tours throughout the week. Visitors can tour the stadium from one to two hours with the option to add on a visit to the Hall of Fame. 15-minute field-viewing visits are also available.

The Great American Ball Park in Cincinnati, Ohio sits in Downtown Cincinnati, right along the winding banks of the Ohio River. You can enjoy river views as you watch the Reds play baseball.

The ballpark is quite innovative for its time and is unique in appearance; it is modern with retro touches. It’s good to take note of the city’s steamboat history throughout the ballpark, such as the big steam stacks that can be seen in the outfield. For a ballpark that has its home team as the Reds, you might expect to find a lot of red inside, and you would be correct — nearly every surface is red. The Great American Ball Park has a number of recent additions that make it an even more fabulous experience, including the Cincinnati Bell Riverboat Deck that is just out past center field. On non-game days, tourists can visit the ballpark’s onsite Hall of Fame and museum to learn about the history of the Great American Ball Park and significant players who have called the park home.

Arrowhead Stadium in Kansas City, Missouri is home to the AFC football team, the Kansas City Chiefs. The stadium is constantly tied with Lumen Field in Seattle as the loudest in professional football. Whether you think all the noise is exciting or obnoxious, attending a game at a stadium full of Chiefs fans is certainly an experience.

The stadium has been recently renovated and is now a state-of-the-art venue with modern amenities and a fabulous game-day experience. During the game, you can chow down on some of the city’s famous Kansas City BBQ from the concessions. Arrowhead Stadium also offers year-round stadium tours if you would like to visit and learn about the history of the stadium on a non-game day. 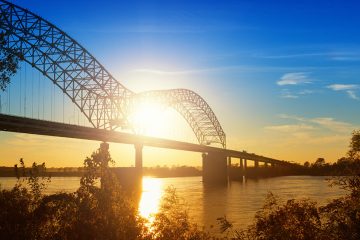 Southern Charms and Sizzling Heat Despite a diversity of cultures and geography, the southeast U.S. is warm - in both temperature and temperament. Sweeping...

If it is a classic baseball experience you are after, then look no further than Fenway Park, home of the Boston Red Sox. The long-time Boston landmark has been around for over 100 years and has played host to some of baseball’s most historic events. Fans will suffer a bit to enjoy this baseball history, as it is not the most modern or comfortable stadium, but it is worth a visit, and you will soon see why it is known as “America’s Most Beloved Ballpark.” Ballpark tours are available where you can learn about legendary Red Sox players and experience the view from the top of the “Green Monster” — the popular name for the 37-foot left field wall, the highest among the walls in current major baseball league fields.

If size is what you are after, then you should head to Michigan Stadium, the largest football stadium in the western hemisphere. It’s one of the most iconic football stadiums in college football and has been the site of many important moments. Home to the Michigan Wolverines, the stadium is nicknamed “The Big House” due to its impressive size and can hold a whopping 107,601 fans. Michigan Stadium is the only stadium on our list that is not open to daily tours. Typically, the stadium offers guided tours if they are arranged two weeks in advance. Due to the COVID-19 pandemic, these tours are on hold until 2022. However, un-guided tours can be arranged.

How to Get Sporting Event Tickets Online

Gone are the days when most people bought sporting event tickets in person at a ticket window. Nowadays, like many other things, ticket sales have largely moved online. Sometimes these tickets can be expensive and hard to get, especially at some of the more popular sports stadiums in the U.S.

Tickets are usually offered for sale via a major ticketing company like Ticketmaster. Sometimes these tickets sell out quickly, so it is good to plan in advance. It’s helpful to know where to get tickets and learn how to purchase second-hand tickets online too. Third party ticket companies such as VividSeats, SeatGeek, and StubHub offer a ticket resale option for fans to buy and sell event tickets. However, tickets for popular events can be quite expensive. Fans can sometimes get good last-minute deals on StubHub and similar websites. 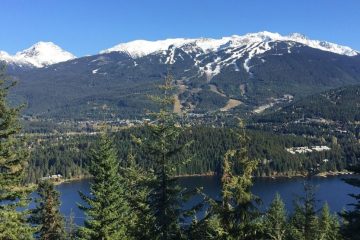