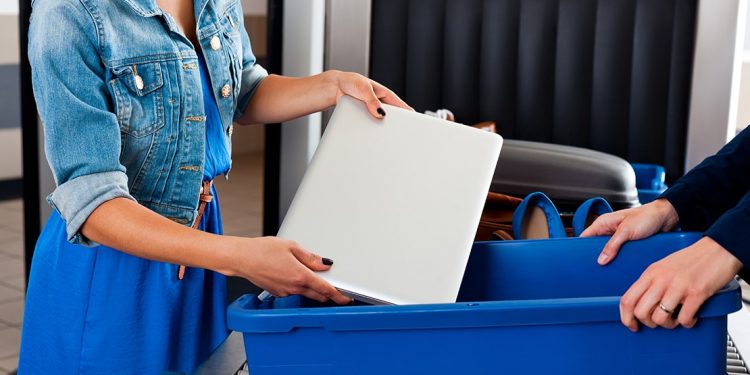 There's nothing worse than being given a hard time at security. Make sure you know the rules ahead of time!
Photo Credit: iStockPhoto / izusek

Don’t Be Caught by Surprise

When possible, it’s always a good idea to minimize your hassle at the airport, especially when it comes to going through security. The last thing you want is to have to dismantle your perfectly packed suitcase while in line. So whether you’re a seasoned traveler or flying for the first time, it’s important to familiarize yourself with TSA travel rules.

The TSA carry-on rules alone are enough to make your head spin, but the rules across the board are important to know if you want to get on your plane problem-free.

If you happen to be carrying a prohibited item, at the very least it will get confiscated, but you could also be subject to a hefty fine.

Before you embark on your next trip, take some time to read over these TSA rules to save time (and the loss of possessions) at the airport.

Most people who travel with some frequency are aware of the TSA’s liquids rule. This rule states that only liquids, aerosols, gels, creams and pastes that are less than 3.4 ounces each are allowed in carry-on luggage.

Basically anything that’s travel-sized can go in your carry-on and everything else has to be placed in checked luggage. Your travel-sized liquids also have to be able to fit all together in one quart-sized Ziploc bag.

When passing through security, remove this bag from your luggage and place it in one of the provided bins for a faster screening process.

In general, food and alcohol follow the TSA liquids rule as well. That goes for bottled water too.

To avoid having to throw away your water before passing through security, bring an empty bottle to fill up at a water fountain near your gate. TSA regulations allow any foods that are creamy or liquid in nature — cream cheese, yogurt, applesauce, salad dressing, etc. — but they must be 3.4 ounces or under.

The only exception to this rule is medications or what’s called “infant and child nourishments” (essentially breast milk, formula and baby food), which will have to be screened separately. All other food is allowed on board without limitations, but should still be wrapped or kept in some sort of container to avoid making a mess during your flight.

Alcoholic beverages cannot have an alcohol content of 70% or higher. At that point they’re considered hazardous material because of the alcohol’s extreme flammability.

Anything less than 70% is allowed, but according to TSA requirements, only 5 liters worth of alcohol can be brought on board in checked baggage. That’s about six 750 milliliter bottles of flavored vodka, whiskey or wine.

The only alcohol you can bring in a carry-on are the mini bottles you find at gas stations and liquor stores. However, you’re not really allowed to drink them on the plane, so keep them sealed until you reach your destination.

Large electronics such as laptops and video game consoles can go in either carry-on or checked luggage within the United States and most other places. However, if you’re bringing them in a carry-on, they have to be removed from your bag and placed in their own bins to go through the x-ray machine.

Unfortunately, if you’re traveling to certain countries in the Middle East and Africa, the new travel ban has also placed restrictions on all electronics larger than a cellphone. If you’re going to Egypt, Jordan, Kuwait, Morocco, Qatar, Saudi Arabia, Turkey or the United Arab Emirates, you’ll have to rely on the airline’s in-flight entertainment because all passengers’ electronics have to go in their checked luggage.

E-cigarettes and vaping devices are allowed in carry-on luggage only, but like regular cigarettes, cannot be used on board. TSA travel rules allow tablets, phones and music players to go in either checked or carry-on luggage and can stay in your bag through security.

If any of your electronics take lithium-ion batteries, either keep them in the devices, or only bring spares that hold 100 hours or less of charge. Anything more than that and you’ll have to get the airline’s approval to bring them on board, although you won’t be able to put them in checked luggage.

Checked bags are subject to examination by TSA officers and may be opened. Even if you secure them with a lock or zip ties to prevent the loss of items, they may be cut or broken in order to ensure a thorough inspection by airport security.

To reduce the probability of your locks getting broken, use TSA approved luggage locks. Safe Skies and Travel Sentry locks are designed to stay secure while also allowing airports to inspect your luggage by opening the locks with special tools.

However, if you’re doing a lot of travel outside of the United States and Central Europe, there’s no guarantee that those countries’ TSA agents will have the right tools to open special locks, so lock your luggage with care. 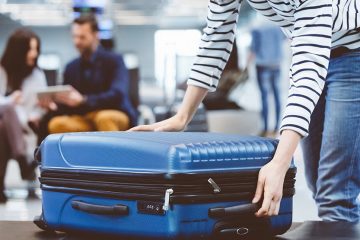 Extremely flammable items are never allowed in carry-on or checked luggage. This includes fireworks, compressed gases (like aerosol containers), gasoline, lighter fluid, bleach and paint thinner. Tools and weapons are also subject to limitations and are usually only allowed in checked luggage.

If for some reason you need to bring a gun to your destination, it has to remain unloaded and locked in a hard case within a checked bag. In general, even if an item isn’t allowed in carry-on luggage, it’s probably allowed in your checked luggage.

Changes in airport security and TSA regulations happen all the time, so make sure to stay up to date on current rules via the TSA.gov website. 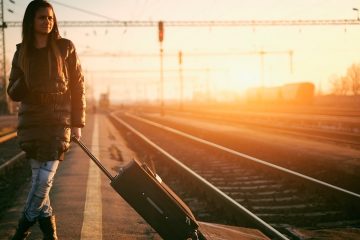 Having the right luggage is the first step to a great trip. Here are some tips on buying luggage that will help you get the right bag for your trip! 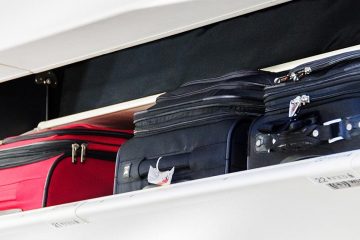 Breeze Through Security with This Guide to TSA Carry-On Restrictions

There's nothing more annoying than getting held up at security because you violated the TSA carry-on regulations. Here are the basic rules you should know! 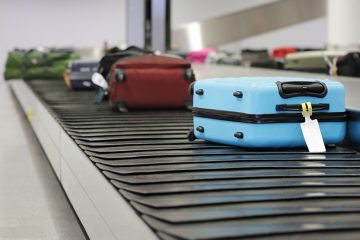 Style & Functionality: What Are Your Options When It Comes to Custom Luggage Tags?

Using custom luggage tags will make it easier to identify your suitcase on a carousel and add some style to your bags. Here are some of your options!

Having the right luggage is the first step to a great trip. Here are some tips on buying luggage that will help you get the right bag for your trip!

Breeze Through Security with This Guide to TSA Carry-On Restrictions

There's nothing more annoying than getting held up at security because you violated the TSA carry-on regulations. Here are the basic rules you should know!

Style & Functionality: What Are Your Options When It Comes to Custom Luggage Tags?

Using custom luggage tags will make it easier to identify your suitcase on a carousel and add some style to your bags. Here are some of your options!