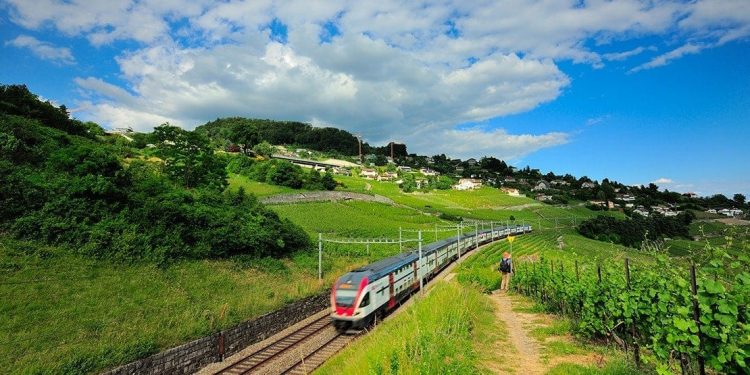 When traveling in Europe, trains often offer the most direct and economical way to get from one destination to the next.
Photo Credit: iStockPhoto / luxiangjian4711

See It All, Right out Your Window

In the United States, train travel seems like an outdated means of transport reserved for those unwilling or unable to fly. It also tends to be just as expensive if not more expensive than flying, despite longer transit times.

For those who actually want to take a train, luxury train travel in the USA is as exactly as it sounds: a lavish experience meant for enjoying the country’s views among all the amenities you could want.

However, when traveling abroad in Europe, trains often offer the most direct and economical way to get from one destination to the next.

If you’ve never attempted train travel in Europe before, the prospect can seem daunting. It’s usually not as simple as buying a ticket and getting on your train; but with a little research and some planning, you’ll be traveling like a EU citizen in no time.

First things first, what kind of ticket are you going to buy? Many first-time travelers to Europe find the Eurail Passes attractive since each type of pass is a one-time purchase.

You don’t have to keep buying tickets as you go along, which cuts down on the amount of time spent waiting in line or worrying whether tickets have sold out. They also allow travel access in one country, a few bordering countries together, or all 28 countries in the EU.

That sounds great at first glance until you examine the cost for such convenience.

Eurail passes are only available for travel a few days within a single month. For example you can buy a three-day pass or a 10-day pass. That means you have to be traveling for multiple days across multiple cities or countries for it to be worth it.

These passes can’t usually be used for local travel within a single city, which only costs a few Euros anyway, but also don’t include seat reservations for high-speed rail travel.

Ultimately Eurail passes are the most cost effective for the youth age group (12-27), groups of friends and family members traveling together (which gives you a 15% discount), or for train travel on more than eight days. Smaller, poorer countries are cheaper obviously, but you’ll still end up paying a lot more than you would for individual tickets bought along the way.

Since many European countries are small and relatively close to one another, there are different types of trains to service the varied distances found between destinations. Each country has their own railways and types of long distance or local trains.

Unless you’re buying a rail pass, which can be done on the Eurail or BritRail websites, you’ll need to purchase tickets either online or at the station in your country of departure.

Many European countries now offer discounted tickets when buying online and in advance. Every country is different, but tickets can be usually be purchased between one and six months in advance.

For long distance travel, buying online is ideal since tickets bought on the same day of travel can sometimes be as much as two or three times more. There are certain types of inter-city trains, for example within Germany and Austria, that are a fixed price no matter what.

The best way to become familiar with each country’s railway is by visiting their website or visiting The Man in Seat 61, which compiles information on rail travel across the world. If you plan on buying tickets as you go, there’s almost always a station attendant or fellow passenger who speaks English and can help you figure out what type of ticket to book.

Occasionally, a cheaper option is available at the train station that wasn’t available online so it doesn’t hurt to ask for help. 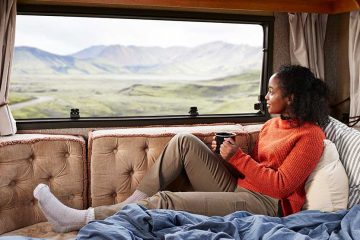 What You Need to Know to Become an RV Travel Expert

Asen loves everything about traveling, outdoors, and campers. You can read about camping, RVs, and travel tips on his website Camper Life.

RV travel has gained popularity recently. From types of RVs, to how to purchase one, here's all you need to know to prepare for an RV vacation.

Things to Keep in Mind

Not all train tickets are for one train at one specific time. Open or flexible tickets are available for a slightly higher cost, and allow you to jump on any train to your destination on a certain date.

This option is ideal for travelers who like to go with the flow and aren’t pinned down with having to get somewhere at a certain time.

Most European train tickets do not include a seat reservation. A guaranteed seat is offered for an additional charge, which varies from country to country. For this reason, it’s best to arrive as early as possible and jump on board to find a seat as soon as your train arrives.

Keep in mind, however, that certain high speed and inter-city trains require a reservation or else offer reservations that may kick out passengers without reservations. If you don’t want to sit on the floor for two hours or more, a reservation is a wise investment.

Additionally, Eastern Europe tends to be cheaper overall, but won’t always offer the same luxuries as travel in and out of Western Europe. Some railways are more run down, slower and have additional connections, which can be a hassle.

Also, not every train offers food and beverage service so it’s best to bring something on board with you.

Despite the sometimes confusing aspects of train travel within Europe, the benefits far outweigh the hassles. There’s no better way to see Europe than by train.

Sure the continent is home to some of the finest cities in the world, but the real wonders lie in the countryside. Train travel offers some of the most scenic routes through each country with views that you would otherwise not get to see.

You’ll also arrive much more comfortably than you would by plane. European trains have comfortable seats with more legroom than planes and allow for you to face your companions if you so desire.

More often than not, they aren’t filled to capacity either, which makes spreading out a definite possibility.

Best of all, since so many countries are close together, you can have breakfast in one city, lunch in another and dinner in another if you so choose. It’s incredibly easy to get from one major city to another with the added benefit of no long lines or trying to fit everything into a tiny carry-on to avoid extra charges.

Although the Royal Hudson train no longer runs, you can still visit it. There are also a number of other steam trains you can ride in British Columbia.

Budget Travel Europe: Traveling Back in Time Costs Less Than You Think

Do you dream of traipsing along cobblestone streets? Learn how to travel Europe on a budget and explore all the continent has to offer.

Getting Around Town: Tips for Using Public Transportation When Traveling

Using public transportation abroad is a great way to get to know a city. Here's what to consider as well as how to successfully navigate the routes!

Although the Royal Hudson train no longer runs, you can still visit it. There are also a number of other steam trains you can ride in British Columbia.

Budget Travel Europe: Traveling Back in Time Costs Less Than You Think

Do you dream of traipsing along cobblestone streets? Learn how to travel Europe on a budget and explore all the continent has to offer.

Getting Around Town: Tips for Using Public Transportation When Traveling

Using public transportation abroad is a great way to get to know a city. Here's what to consider as well as how to successfully navigate the routes!