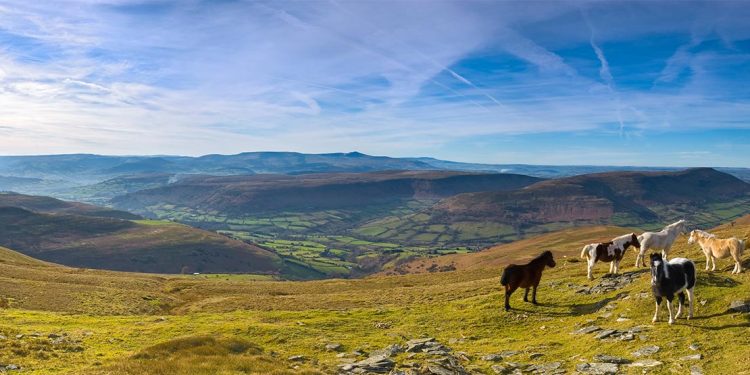 For a small collection of islands, the United Kingdom has a surprising number of beautiful wild spaces. From snow-capped mountains to brooding, misty moors to sparkling lakes and green rolling hills, there are many gorgeous spots in the United Kingdom where time has stood still and nature has been preserved.

There are 15 national parks throughout the United Kingdom, with thousands of square miles of walking trails, forests, rivers and more to explore. Each of them has its own unique landscape and history. Here are a few of the best national parks in the UK.

Deep in the wilds of Wales (yet only one hour from Cardiff) you’ll find the stunning Brecon Beacons National Park. This natural reserve is filled with moorland, snow-capped mountains, and ancient castles that have started to crumble and succumb to the elements.

Hikers love the 100-mile Beacons Way, which stretches across the park and includes the dramatic summits of Corn Du and Pen y Fan. The park is the perfect destination for an adventure holiday in the UK, as it’s also a huge draw for many other types of adventurers, such as cycling and mountain biking enthusiasts, rock climbers and horseback riders.

Brecon Beacons also dazzles at night. It is home to the first International Dark Sky Reserve, an area where light pollution is restricted. On a clear night you can see the Milky Way, nebulae, meteors and a dizzying number of stars. 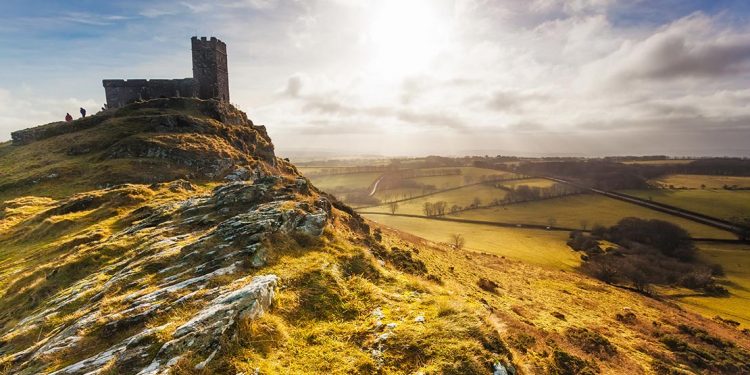 This region of Devon is the only national park in England that allows wild camping, which means you can pitch your tent here without having to worry about paying a camping fee. The landscapes are vast and dramatic and nearly half of the park is moorland.

You’ll see why these dramatic and barren rocky outcroppings were the setting for the classic crime novel “The Hound of the Baskervilles” by Sir Arthur Conan Doyle. It’s easy to imagine that this gloomy, strange, bleak and misty landscape inspired one of the darkest novels in the Sherlock Holmes series.

Also, Dartmoor has a significant military history that dates back to the Napoleonic Wars and it was used to train troops for the D-Day landings during World War II. You’ll even find neolithic and medieval ruins as you wander through the landscape.

As you roam across the moors, you’ll find plenty of welcoming local pubs and tearooms in the tiny villages dotted across the landscape where you can rest and refuel. 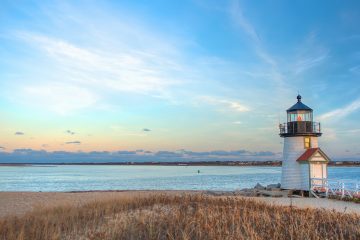 From the Big City to the Great Outdoors From Plymouth Rock where the Pilgrims landed to the Statue of Liberty receiving the tired, poor and huddled immigrant... 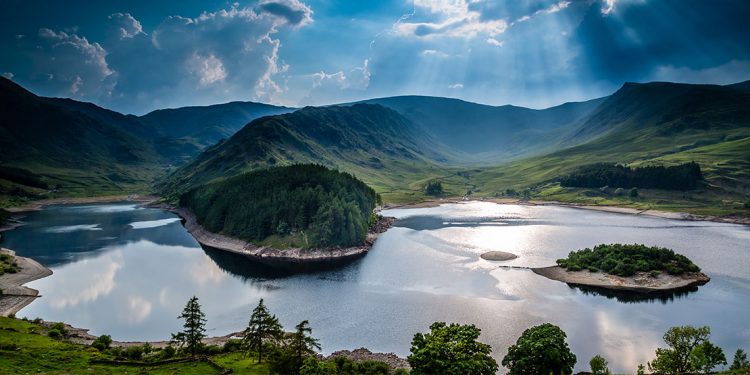 The Lake District is one of the most naturally gorgeous regions in the United Kingdom. It’s home to the highest mountain in England (Scafell Pike) so it’s a popular destination for climbing enthusiasts.

It was recently awarded UNESCO World Heritage status and its deep glacial lakes, dramatic hills, and peaceful villages have inspired writers and artists for many centuries. It’s especially lovely when draped in fall colors, making it one of the best fall destinations in Europe.

Poets such as Wordsworth, Coleridge and Byron have written about the beauty of the “untamed” countryside. Wordsworth described the Lake District as a place that everyone who has an “eye to perceive and a heart to enjoy” should visit.

This park is home to a treetop zip-line attraction that would certainly appeal to daredevil visitors and it also has plenty for history lovers to enjoy, such as Muncaster Castle, Lowther Castle and Rydal Mount (the family home of Wordsworth.) 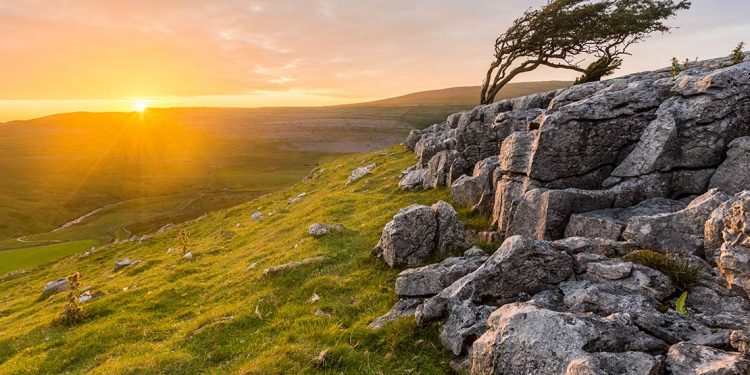 You won't get sick of the stunning views The Yorkshire Dales affords in every direction you turn.Photo Credit: Getty Images

From the ruins of a 12th-century monastery to a dramatic limestone ravine with cascading waterfalls to thousands of square miles of stunning moors and valleys, the Yorkshire Dales offers so much to explore. There are many hiking trails along the deep valleys (i.e. dales) that meander along dry stone walls, meadows and tiny farms.

This is where you can see some of the most amazing limestone scenery in the United Kingdom, including a fascinating underground labyrinth of caves. When you have worked up an appetite from all of that exploring, you can drop into the small village of Wensleydale for a bit of Wensleydale Cheese. 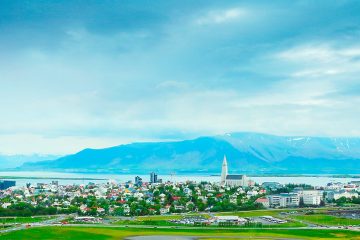 6 of the Friendliest Countries in the World

Beautiful landscapes, great food, and inspiring histories are important when it comes to travel. But great trips are also made by the people you encounter. 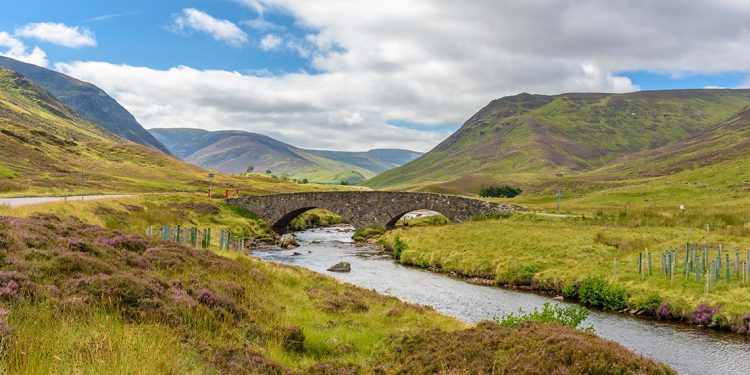 The larges park in Britain, Cairngorms is a vast wilderness of lochs, rivers and mountains.Photo Credit: Getty Images

This stunning natural reserve is the largest national park in Britain — twice the size of the Lake District. The Scottish wilderness has more forest paths, rivers, lochs and mountains than you could possibly explore on your visit.

Five of the six highest mountains in the United Kingdom are located within this park and there are many top-class mountain bike and cross country skiing trails. It’s even possible to go dog sledding along the vast, snowy expanses high in the mountains. If you want to see the park from the comfort of a seat on a train, you can ride along the highest railway in Britain.

After all that, you can relax with a dram of single malt whiskey at the Glenlivet Distillery in Tomintoul. 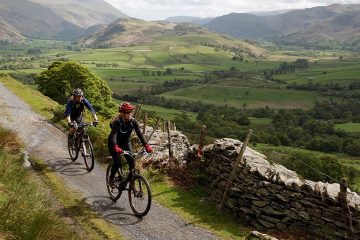 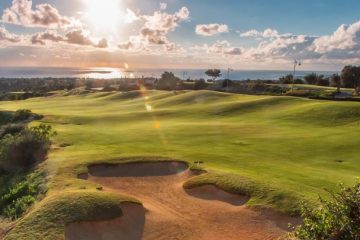