Experience the Striking Beauty of the Serengeti on Safari in Tanzania

Learn the Ins and Outs of This East African Gem

In 1982, the Los Angeles-based pop act Toto released a single that would become its defining tune, a song simply named “Africa.” It has proved perennially popular, even getting 2018 covers by artists such as Weezer and Weird Al Yankovic. Norwegian metal musician Leo Moracchioli even released his own version, racking up more than 35 million views on YouTube. And though Toto penned striking lines about “Kilimanjaro [rising] like Olympus above the Serengeti,” the band wouldn’t actually visit Africa until the late ’90s.

Fortunately, you don’t have to wait to enjoy Tanzania, the nation that claims Kilimanjaro as its own. Not only does this East African country have a wealth of stunning sites, it’s also the place to enjoy the quintessential safari. Read on to learn about all that a Tanzania safari has to offer and how you can best enjoy it.

Like many countries in Sub-Saharan Africa, Tanzania has struggled when it comes to economic stability, and most of its population ekes out a living through subsistence farming. But Tanzania also possesses immense natural wealth, and that goes beyond the deposits of gold, uranium, iron, silver, nickel and diamond sunk deep beneath its soil. You’ll find nature panoramas of outstanding beauty waiting for you in this gorgeous nation.

“What kind of striking things?” you may ask. Well, there are two words that encapsulate a large part of Tanzania’s appeal for safari lovers: the Serengeti. Consisting of 12,000 square miles in total, it contains woodlands and grasslands, low-lying areas and a towering volcano, an astonishing number of birds and an astounding array of mammals. In short, it’s everything that a safari lover could hope for.

However, the Serengeti comprises only a relatively small corner of the country. Tanzania has numerous other wonders, and safari lovers can enjoy them to the full.

What Animals and Sites Can You Expect to See?

For the Serengeti’s part, it serves as home to the Great Migration, an annual trek shared by millions of wildebeest, gazelles, zebras and other beasts. Lasting from December to June, the animals trace a predictable path from the Southern Serengeti to Kenya’s Maasai Mara National Reserve. The Migration draws crocodiles, lions and hyenas ready to pounce on the occasional unwary four-legged meal — and safari-goers eager to witness the experience of a lifetime.

The Serengeti has other draws beyond the Great Migration, too. On the eastern side, you’ll find the Ngorongoro Conservation Area, home to numerous animals, Masai tribes, and the Ngorongoro Crater, the largest volcanic caldera in the world. The wet environs of the Seronera River Valley make it an ideal place to suss out big cats such as leopards and cheetahs.

Meanwhile, those who want to enjoy wildlife while avoiding crowds of other humans ought to visit Bologonja Springs, which is located in the Northern Serengeti right next to the Kenyan border. Not only can you see the previously mentioned wildebeest, you may also spot elephants, monkeys and giraffes.

Though the Serengeti gets most of the press when it comes to Tanzania’s natural wonders, it’s far from the only place to enjoy a good safari. Consider Arusha National Park, which lies to the northwest of the Ngorongoro Crater. It’s admittedly small as far as safari destinations go, but it contains an impressive array of wildlife (e.g., blue monkeys, dik-diks, waterbucks, spotted hyenas) and topography.

Jungles bump into rolling hills that crowd in turn around the feet of Mount Meru, a towering slope with a round volcanic cone. If you’re willing to bend your definition of what a safari entails just a little, Mount Kilimanjaro also beckons, offering hikes of varying difficulties depending on your personal stamina.

Though Selous Game Reserve is the largest game reserve in Africa, 90% of it has been set aside for hunting purposes. You can experience one-tenth that remains in one of the most unique ways possible: as a walking safari. 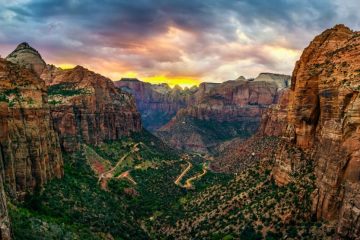 There's a trail for everyone, from families with young children to thrill-seeking adventurers, on this list of the best Zion National Park hikes.

Know the Basics and Your Options

There’s an old saying that states, “Proper preparation prevents a poor performance,” and it holds doubly true with safaris. You should understand some basics prior to embarking on your Tanzania safari, one of the most important being the weather.

Tanzania enjoys two rainy seasons, namely March through May and October through December. Though this may make your trip less than fully comfortable, it also cloaks the land in lush greenery.

Whether traveling during the dry or wet seasons, you should also understand what kinds of tours are available. Virtually all tour companies will offer the traditional jeep-type tour. However, some also provide excursions via boat or hot-air balloon. And the aforementioned walking safari can give you a very special connection with the land.

Also, if you’re planning on doing a lot of photography, get a khaki-colored camera back, which should blend in better with your surroundings.

Finally, remember that you’re on a safari and not in a zoo. The animals attend to their own schedules and not yours. Set your expectations accordingly, and you’ll have a much better time.

You’ll find numerous safari operators clamoring to show you Tanzania’s sights, but if you’d like a few suggestions, the following aren’t bad places to start.

In the end, though, the real star of any safari is Tanzania itself. 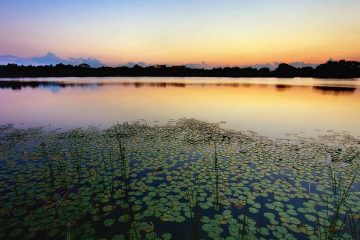 While Orlando is known for its theme parks, it has some beautiful flora and fauna to view too. Here are the best hiking trails in Orlando to check out. 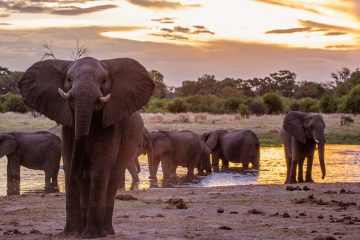 Go Wild: How to Plan Your Once-in-a-Lifetime Safari Adventure in Botswana

It's time to get wild! Here's your guide to picking the perfect Botswana safari so you can have an immersive experience viewing some incredible wildlife.

While Orlando is known for its theme parks, it has some beautiful flora and fauna to view too. Here are the best hiking trails in Orlando to check out.

Go Wild: How to Plan Your Once-in-a-Lifetime Safari Adventure in Botswana

It's time to get wild! Here's your guide to picking the perfect Botswana safari so you can have an immersive experience viewing some incredible wildlife.