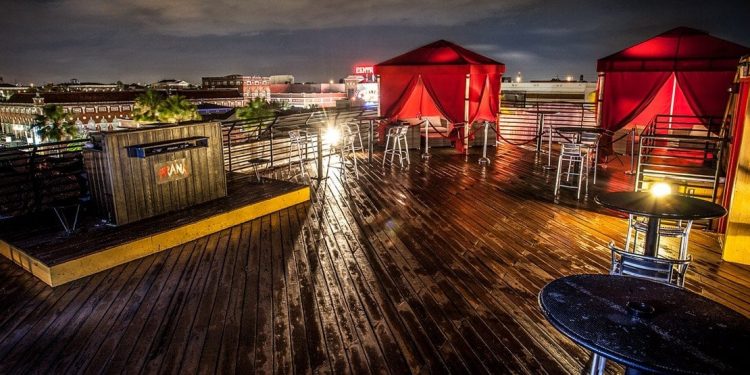 Each floor of Club Prana has different music and a unique look.
Photo Credit: Club Prana

Those who prefer a stiff drink to a sizzling steak or a sublime souffle are in luck: Tampa has nightlife to match its excellent food.

Clubgoers almost inevitably end up at Club Prana, a Ybor City institution that has served the surrounding area with its blend of hip hop, Latin and Caribbean tunes. Check out each of its five levels, all of which offer their own music and aesthetic.

Fly ditches sick beats and rowdy reveling for rooftop sophistication in the heart of downtown. The tapas are tasty, but the real treat here is the craft cocktails, exotic takes or entirely new reworkings of familiar drinks.

Try the Fly Sangria (which juices up the Spanish standby with Camus VS cognac) or the Sherry Zombie (which blends Donn Beach old invention with fortified wine).

No discussion of Tampa’s drinking scene would be complete without mentioning Cigar City Brewing’s Tasting Room. One of the best know — and, by most accounts, best period — local brewers, Cigar City has pumped out some 6,000 individual types of suds since its inception in 2007.

Its tasting room is where you get to sample them. If you’re visiting in March, you may even get to try the new imperial stout Cigar City releases every year for the annual Hunahpu’s Day Festival.

Finally, no list of watering holes would be complete without a really good dive bar, and The Hub is among the divest of dive bars. The website proudly proclaims that, since its inception in 1946, it has “entertained judges, attorneys, bankers, boxing champions and even mob bosses.”

In addition to its gloriously garish neon signage, appropriately gloomy interior, and well-stocked jukebox, The Hub’s main selling point is the “Hub Pour,” a heavy-handed approach to alcoholic largess.

Make sure to Uber back to your hotel when the evening’s through!