Seeing South Africa: How to Best Enjoy the Most Beautiful Place on Earth

South Africa is a beautiful nation, and its shines through in multiple ways. “South Africa is the most beautiful place on Earth,” former president Nelson Mandela said. Pointing to both the splendor of its landscaping and its indigenous animal life, he added, “We have been blessed with a truly wonderful land.”

However, there’s more to behold in this nation perched on Africa’s continental tip. It has a rich past as journalist and essayist Tahir Shah has noted. “Visit Cape Town and history is never far from your grasp,” he noted. “It lingers in the air, a scent on the breeze.”

Despite the allure of South Africa, it seems a daunting destination for many travelers given its expansiveness, distance, and dangers from wildlife, disease, and crime. Read on in our South Africa travel guide to learn how you can stay safe in South Africa and enjoy the best the country has to offer.

What to Know Before You Go

Before traveling to South Africa, planning is paramount for residents of the United States, the United Kingdom, Canada and pretty much anyone else in the northern hemisphere. Though people commonly assume that nations in the southern hemisphere have polar-opposite seasons to those their northern neighbors enjoy, the truth is a little more complicated.

While the temperature follows the inverse patterns you might expect, precipitation can vary wildly across the nation. For instance, Cape Town (a gorgeous and beautiful city on South Africa’s tip), gets chilly and wet in winter, which is roughly from June through August. Summer, which is roughly November through March, stays more sunny.

However, the situation is opposite in Kruger National Park, where summers turn stormy and winters remain mild. Then there’s Durban, a city on South Africa’s eastern shores that stays temperate year-round. The lesson is this: selecting the best time to travel to South Africa depends most on picking where you want to go first.

As far as entering the country goes, most travelers will need a valid passport with at least 30 days remaining until its expiration. Due to a number of health risks, the Centers for Disease Control and Prevention recommends getting at least two South Africa travel vaccines prior to arrival, namely hepatitis A and typhoid. Depending on where you’re going, you may also want to get shots to prevent hepatitis B, malaria, rabies and yellow fever. 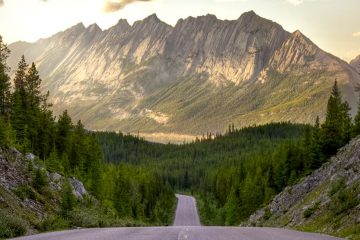 You can safeguard yourself against illness when traveling abroad, but dealing with violence and crime is something else altogether — right? Well, perhaps not. Many potential tourists wonder, “Is it safe to travel to South Africa?” They have reason to wonder. The nation has a reputation for violent crime, and statistics bear that out.

According to the most recent numbers released by the South African Police Service (SAPS), contact crimes (i.e., violent, sexual and robbery-related crimes) were up by 2.6% year over year, a continuing and worrisome trend. However, the SAPS also noted that the majority of murders happened on the weekends in the dead of night. Police chalked up such deaths to increased drug and alcohol usage during those times.

The application is pretty clear: as far as safety-related South Africa travel tips go, you can avoid most crime by not wandering alone late at night, avoiding areas with which you aren’t familiar and keeping conspicuous displays of wealth to a minimum. In fact, that’s exactly what the U.S. Department of State recommends. It’s also smart to avoid intoxication or illegal drug use.

Once you’ve made your preparations and actually embarked upon your South Africa travels, you have a wealth of sights to see, and you can quickly understand why the nation’s natural wonders draw people from all across the globe.

Head to Kruger National Park to see lions, leopards, buffalo, elephants and rhinoceroses, the big five of African wildlife. The Kalahari Desert provides more ecological attractions, as well as an abundance of birds. And book a cruise off of Plettenberg Bay to spy out whales and dolphins.

History buffs should check out Robben Island, the one-time mental institution, military installation and leper colony that also served as a jail for Nelson Mandela.

Stellenbosch, South Africa’s second oldest city, is a historical attraction on its own. Whitewashed buildings with gabled roofs hail back hundreds of years to the Dutch East India Company, and numerous museums house art collections, military equipment, antiques, and even classic cars and brandy paraphernalia.

Johannesburg’s Apartheid Museum traces the nation’s painful past, documenting the injustices that shaped South Africa’s past and present.

Finally, travelers who just want to enjoy unique experiences will feel right at home. Cape Town’s Kirstenbosch National Botanical Garden will steal your breath away, its cultivated grounds nestled right up to the edge of the looming slopes of Table Mountain.

Shoppers, sunbathers, surfers and gamblers should definitely go for a turn on Durban’s Golden Mile, a highly commercial stretch of beach on South Africa’s east coast. Finally, companies such as Rovos Rail and Bleu Train offer luxury train packages between major cities and many natural landmarks.

Indeed, it’s hard for an article to do justice to travel in South Africa. The best way to find the best parts to an amazing part of the world is simply to go there yourself. 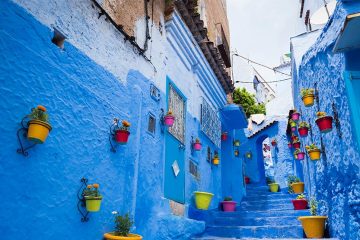 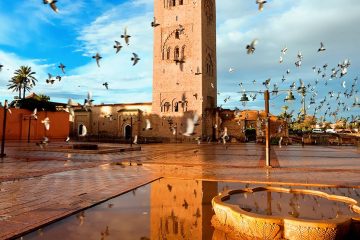