Experience Southern Charm and So Much More in Savannah, Georgia

There’s More to the Old South Than You Might Think

Strong-brewed sweet tea. Fields of feathery cotton. Civil war battle sites and statuary. Politeness and gentility. Cuisine that never says “no” to another stick of butter.

If you were to collect a list of stereotypes about the American Old South (think Georgia and the Carolinas, although some might include Mississippi, Louisiana, and Alabama), I’d wager these preceding points would probably appear on it.

One thing you likely wouldn’t find, though, are nods to so-called “high culture.” The South doesn’t really go in for film festivals and fine art, high-end dining and haute hotels — right?

Well, if that’s what you think, hold your proverbial horses because you haven’t yet experienced Savannah, Georgia. The oldest city in the Peach State manages to combine down-home charm with plenty of the finer things in life.

Travel writers have spilled oceans of ink on Savannah’s system of public squares, and it’s easy to see why. Not only were they part of the city’s original design nearly 300 years ago and have almost all survived to the present day, they form heartbreakingly beautiful pockets of space in an otherwise busy city.

Ancient oaks hung with curtains of Spanish moss drape these roughly 200-by-200-foot spaces set out in a checkerboard pattern all across the city.

When it comes to specific recommendations as to which squares to visit, know that everyone has his favorites and part of their joy lies in sussing out what makes each one special. So get ready to explore!

Allot yourself a morning, lace up your walking shoes, and prepare yourself to browse obelisks and sundials, bronze statues and fountains, views of great architecture and plaques detailing historical happenings.

Sights On and Beyond the Silver Screen

Speaking of history, it’s hard to not stumble upon sights that were important in Savannah’s past. Any number of companies offer horse-drawn-carriage rides that will get you up to speed, but you can map out your own itinerary easily enough.

Thanks to the popularity of numerous movies filmed in Savannah, many of its notable landmarks enjoy a certain notoriety.

The famous fountain in sprawling Bonaventure Park and the dramatic statuary in Bonaventure Cemetery featured prominently in Clint Eastwood’s cinematic version of Midnight in the Garden of Good and Evil. The towering white steeple of Independent Presbyterian Church is the very spire from which the famous feather drifted down in Forrest Gump.

Although Independent Pres is a place of worship rather than a museum, it’s worth asking staffers for a short tour of the beautiful building.

Additionally, Flannery O’Connor’s childhood home deserves a mention, as does the Savannah College of Art and Design (known to locals as SCAD). A stroll down picturesque River Street will let you add a little shopping and dining to your sightseeing.

And if you like the paranormal, make sure to check out any of the numerous late night ghost tours available.

Cultural Offerings in the Hostess City

Thanks to the generosity of its residents and the breadth of the city’s charms, Savannah has earned the nickname of The Hostess City of the South — and that applies equally to artistic pursuits! In fact, cultural offerings are really where Savannah sets itself apart.

Throughout the year, SCAD runs student-made films at the Lucas Theatre for the Arts and Trustees Theater, as well as hosts the Savannah Film Festival every autumn. Don’t think of it as a backwater showing of small-time movies, either.

Another notable event is the Savannah Jazz Festival, which rolls into town around the same time and features local as well as nationally recognized talent.

In addition to touring local landmarks, many of which boast cultural cache, fans of fine museums have lots of opportunities to indulge their intellectual curiosity. Kids will adore the Roundhouse Railroad Museum, which incorporates pre-Civil War structures into its exhibits, and the gorgeous ship models that fill Ships of the Sea Maritime Museum.

Art lovers should definitely stop by Telfair Museum of Art, which is the oldest art museum in the South. 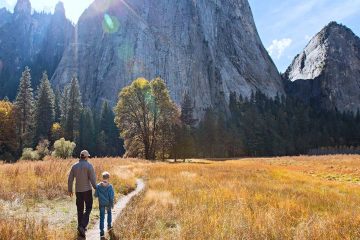 Steps from Adventure: 8 Places to Base Your Stay When Visiting Yosemite

There are a range of accommodation options when it comes to where to stay in Yosemite. From camping to hotels, you'll still be close to all the adventure.

Touring and taking in the sights is hungry work, but Savannah has you more than covered when it comes to worthwhile restaurants, everything from nationally known offerings to hidden gems slinging mouthwatering fare. Thanks to Paula Deen’s success on the Food Network, most visitors are familiar with Lady & Sons, a Savannah institution that provides fresh takes on local grub.

Be forewarned, though, that wait times are often ferocious.

Fortunately, there are plenty of other options. For similar fare in a more refined setting, try The Old Pink House, which is housed in an 18th century mansion. Mrs. Wilkes’ Dining Room serves up fried chicken, meat loaf, pickled beets and collard greens family style around large tables.

Savannah also contains restaurants that go beyond typical Southern fare. Elizabeth on 37th has refined dining down to a T, The Florence specializes in Italian, and Kayak Kafé seasons fresh Mexican fare with environmentally conscious practices.

Indeed, Savannah’s diversity of dining options mirrors the miscellany found all over the city. It doesn’t seem to mind if its status as Old South nobility clashes with tony festivals, adventuresome eats, and nods to spooky paranormal phenomena.

In the end, Savannah is whatever it wants to be — and it can be whatever you’d like, too. 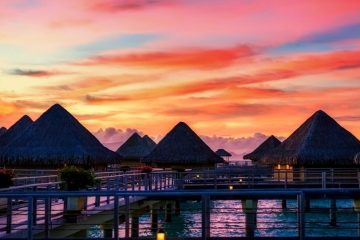 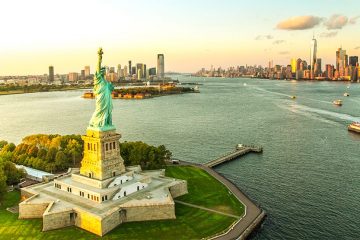 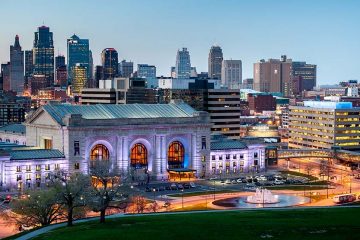 The U.S. has some travel-rich states, but what are the most underrated states that more people should travel to? Find out here.

The U.S. has some travel-rich states, but what are the most underrated states that more people should travel to? Find out here.