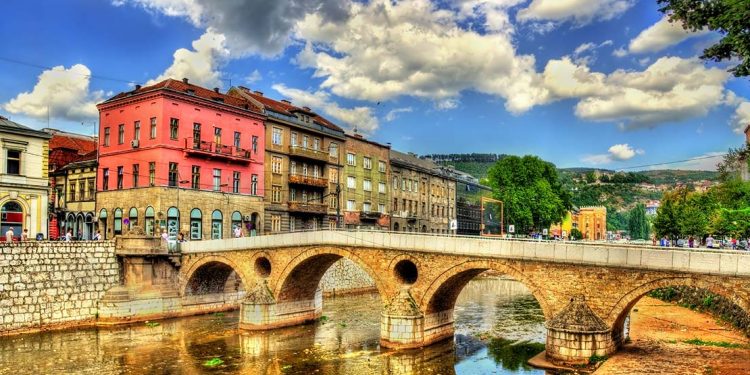 If you're wondering about Sarajevo, stop wondering and go discover it for yourself.
Photo Credit: Getty Images

Why Sarajevo is a City of Surprises

Set Your Expectations Aside

You wouldn’t think a city in one of the poorest countries in Europe, where thousands lost their lives during a war only 20 years ago, could be beautiful. You probably wouldn’t expect the same city to be a place where culture and religion meet, where diversity is celebrated and differences embraced.

However, this is a city that defies all expectations. If you’re wondering about Sarajevo, stop wondering and go discover it for yourself.

A Country With Countless Gems to Discover

Although it is undeniably a country navigating many difficulties, for those who choose to disregard the rumors of danger and turmoil this is also a country with countless gems to discover. Natural beauty to rival Norway’s Fjords, a richly diverse culture and warm, hospitable people are but a few of the elements that will make visitors fall hard for Bosnia and Herzegovina.

Bosnia and Herzegovina is also home to one of the most compelling cities in Europe; sweet Sarajevo. Sarajevo might just be the most surprising, alluring and memorable cities you visit in all of Europe.

A little more than two decades ago, Sarajevo was a city at war. The entire city was surrounded by the Bosnian Serb Army, creating an impenetrable barricade and effectively cutting Sarajevo’s citizens off from the outside world. No one went in, no one went out. This was the longest siege in modern history, lasting a total of 1425 days and claiming more than 11,000 lives.

Today, Sarajevo has risen from the rubble left behind by the war. The scars of conflict are still visible; walls are pocked with bullet holes, abandoned buildings crumble next to new and cemeteries spread across the hillsides with more names than you could possibly count.

Remarkably however, the vibrant spirit of the Sarajevo people that endured throughout the siege still shines today. There is life here, and happiness and pride.

Sarajevo is possessed of an ethereal and unobtrusive beauty that emerges from beneath the old wounds, ruins and painful memories. It is a quiet city, calm at heart, a city that endures. This is a city full of grace.

Sarajevo’s beauty springs in large part from its diversity. Islam, Orthodoxy, Judaism and Catholicism have coexisted in Sarajevo for centuries. A walk through Sarajevo’s Stari Grad (Old Town) is testament to this. While strolling through the cobbled streets, you could be passing an Orthodox church, Catholic church or synagogue and hear the Islamic call-to-prayer at the same time.

You will also pass through distinctly Ottoman-influenced streets in the eastern half of the neighborhood and into the striking architecture from the days of the Austro Hungarian empire in the western half. The meeting of east and west is not only symbolic in this town, but clearly visible.

Apparently delighting in surprising visitors, Sarajevo is full of the unexpected.

Get lost in the narrow, atmospheric streets of Bascarsija, Sarajevo’s old bazaar, and you could be forgiven for thinking that you are somewhere in the Middle East. The cultural and historic heart of the city, Bascarsija has remained largely unchanged since the 15th century.

Here, shoppers can indulge their inner magpie and pick over devilishly shiny copper jewelry, coffee sets and other trinkets in the Coppersmith Street, where craftsmanship techniques have been passed down for generations. Food lovers, meanwhile, can hunt down baklava, cevapi and the flaky burek pastries Sarajevo is famous for. 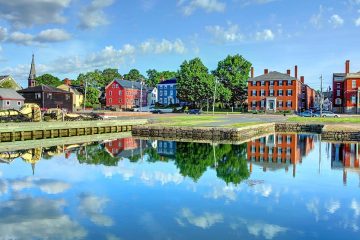 From the Grim to the Mystical, These are 6 of the Top Attractions in Salem, MA

There are so many things to do in Salem, MA — some sobering and grim, others mystical and spellbinding. Check out these historic attractions when you visit.

Brush up on your history and track down the very bridge where Archduke Franz Ferdinand and his wife Sofia were assassinated on the 28th June 1914, sparking World War I and millions of deaths worldwide.

If this isn’t enough to give you chills, try venturing out to the Tunnel Museum, to learn about how the Tunnel of Hope helped Sarajevo’s people survive the siege. A lifeline to the outside world, the tunnel allowed vital food, war supplies and humanitarian aid into the city during one of the darkest periods in Sarajevo’s history.

Discover the imprint of nearly four centuries of Turkish rule in Sarajevo, in the form of an impressive coffee culture that dominates everyday Bosnian life. Served in a dainty, handle-less cup on a pretty copper tray alongside a glass of water, sugar cubes and a square of Turkish delight, Bosnian coffee is bitter, thick and strong.

It demands attention, and leisurely savoring a good brew is practically a national pastime.

Follow the steep, winding streets up into the hills behind Sarajevo and you will discover an abandoned bobsleigh and luge track, a relic from the 1984 Winter Olympics.

Having passed through the hands of the Bosnian Serbs as an artillery stronghold during the war, the bobsleigh track has now been reclaimed by nature and graffiti artists, a dramatic concrete spiral cordially inviting exploration.

Explore a thriving nightlife that will keep you entertained until dawn. Sarajevo’s rich history in theatre and music spills over into the many bars and clubs that are cool without trying to be, as all good bars are. With everything from 24 hour jazz bars to live music in old converted cinemas, you will never be bored after sunset in Sarajevo.

Sarajevo is, quite simply, unique. There is no other town like it in Europe.

Why visit? To learn from the past. To support Bosnia and Herzegovina and dispel any myths about this country. To see firsthand how different religions can live shoulder to shoulder. To discover a city that has so much to teach about religious and cultural tolerance. Without forgetting, of course, the culture, food, and the fact that Sarajevo is safe, cheap and almost tourist-free.

Forget everything you thought you knew about Bosnia and Herzegovina, and next time you are looking for a completely unique adventure, set off to Sarajevo. 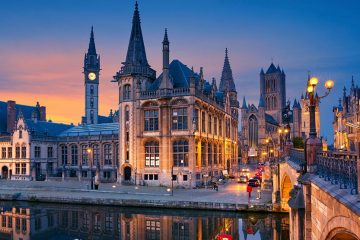 The Sights, the Sounds, the Beer! Austria The birthplace of Mozart and the Von Trapp family, Austria has a rich and varied musical history. Vienna's Opera House... 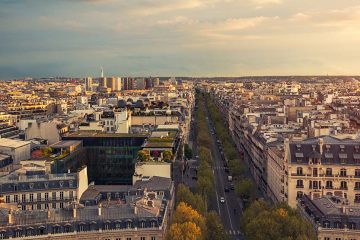 Go Beyond De Rigeur by Taking a Private Tour of Paris

Paris private tours are perfect for anyone who wants to see the city from the eyes of a local. You'll see everything you want to and get the inside scoop! 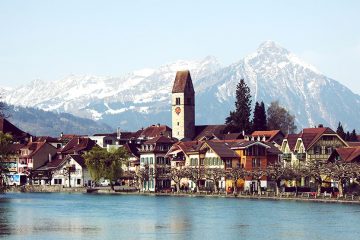 Year-Round Beauty Located in the German-speaking heart of Switzerland, Interlaken offers winter sport's fans access to some of the most spectacular skiing in...

The Sights, the Sounds, the Beer! Austria The birthplace of Mozart and the Von Trapp family, Austria has a rich and varied musical history. Vienna's Opera House...

Go Beyond De Rigeur by Taking a Private Tour of Paris

Paris private tours are perfect for anyone who wants to see the city from the eyes of a local. You'll see everything you want to and get the inside scoop!

Year-Round Beauty Located in the German-speaking heart of Switzerland, Interlaken offers winter sport's fans access to some of the most spectacular skiing in...