Paradise Awaits: How to Plan an All-Inclusive Vacation in Punta Cana

The Dominican Republic made headlines recently because “Breaking Bad” star Aaron Paul decided to celebrate his 40th birthday there, leaving $300,000 behind in the process. Not that the Hollywood actor much minded the expense.

“I just returned from the best birthday trip of my life,” he wrote on social media. “Never have I felt more taken care of in my life.” Plenty have seconded Paul’s opinion over the years, particularly around Punta Cana, the easternmost section of the island that has come to be called the Coconut Coast. Luxurious hotels and all-inclusives have popped up across gorgeous sections of sunny sand.

But other headlines have painted Quisqueya (the island’s indigenous name, which means “Mother of all Lands”) in a less favorable light. A spate of recent tourist deaths have made many wonder if they should even try to visit the Dominican Republic. Read on to learn more about the Caribbean nation’s safety situation and some of the beautiful sights a Punta Cana vacation has to offer.

Is the Dominican Republic Safe?

In the first half of 2019, a rash of violent incidents and mysterious deaths made many question whether or not is it safe to travel to Punta Cana in particular and the wider Dominican Republic in general. A Delaware woman reported a brutal beating at a resort.

Former Boston Red Sox first baseman David Ortiz got shot in the back while frequenting a bar in Santo Domingo. And multiple tourists from the United States passed away under odd circumstances, and some medical professionals suggested that pesticide poisoning may be to blame.

That sounds pretty bad — at least until you consider the broader picture. In 2018, the DR welcomed 6.5 million tourists to its shores, and statistically speaking, the recent deaths are actually lower than in recent years. Pundits also believe that some of the reactions seem overblown.

“Yes, bad stuff happens to tourists, whether it’s a bus crash or a death,” Caribbean-travel expert Eddie Lloyd told The Washington Post. “Is it indicative of the destination falling apart? No.”

However, if you do decide to put Punta Cana travel on your itinerary, it doesn’t hurt to take a few simple steps. After all, the U.S. Department of State has placed the Dominican Republic at Travel Advisory Level 2 (“exercise increased caution”) for crime, even while noting, “The development of a professional tourist police corps, institution of a 911 system in many parts of the country, and a concentration of resources in resort areas means these tend to be better policed than urban areas like Santo Domingo.”

So during your trip, don’t conspicuously flaunt wealth. Avoid public intoxication and illegal drugs. Air out your room if you smell insecticide. (Many chemicals outlawed in other nations are widely used in the Caribbean.) Make sure no one has tampered with the bottles in your room’s minibar. And exercise caution when out at night.

Those aren’t the only tips you should consider for a successful trip. One of the most important is the best time to travel to Punta Cana. Like most of the Caribbean, the Dominican Republic stays pretty temperate year around, but expect summers to stay around 85 degrees Fahrenheit (30 degrees Celsius).

Heat is less of a concern for most travelers than hurricanes. Hurricane season starts in June, but expect storm activity to be at its busiest from late August to early October.

Other Punta Cana travel tips involve understanding the nature of the location — namely that it’s an all-inclusive paradise. With over 24,000 hotel rooms and a bevy of onsite activities, you won’t need to do much traveling once you’ve reached your resort.

Also, American visitors should know that the Dominican Republic has power outlets that will take their devices, generally accepts U.S. dollars and has water that’s safe to drink. Also, although Spanish is the nation’s official language, most everyone in the touristy areas speaks or understands English.

Punta Cana is a place where all-inclusives rule, and you can find establishments aimed at every type of traveler. Hotel Catalonia Bavaro perches right on Bavaro Beach, a multi-mile stretch of gorgeous sand.

Budget travelers needn’t despair. You can find hostels and similarly inexpensive accommodations, although they won’t be right on the beach. The Bavaro Hostel has earned kudos for its central location, proximity to the waves and inexpensive pricing.

Not everyone is satisfied staying on a resort’s property for the entirety of a Punta Cana trip. For those who want to see more of what the easterly Dominican Republic has to offer, know that you can find plenty to explore.

For instance, the Reserva Ecologica Ojos Indigenas (809 959-9221) encompasses 1,500 acres of pristine tropical forest and includes lagoons in which visitors can swim. (Note that some have complained about the steep price of admission.)

Located just offshore, Dolphin Island Park lets visitors get up close and personal with the world’s most beloved aquatic mammals. Horseplay Punta Cana combines cultural tourism with horseback rides that can take you from the mountains to the beach in a single trek.

For those who like the nightlife, Imagine Punta Cana serves up one of the most unique clubbing experiences on the island. The club occupies multiple grottoes, their stone walls funneling the throbbing beat through natural acoustics.

In the end, there’s no wrong way to experience Punta Cana. Simply take a few basic safety precautions and enjoy all that this tropical paradise has to offer. 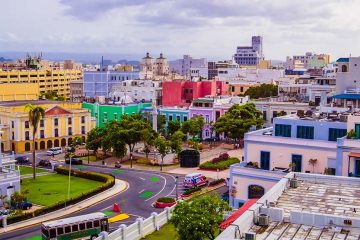 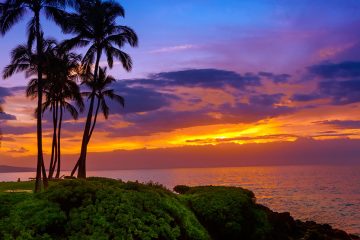 Just as Paradisal as You'd Think Ever wonder where Zeus hung out when he tired of Greek goddesses? We're pretty sure he headed west to the vibrant Caribbean...

Just as Paradisal as You'd Think Ever wonder where Zeus hung out when he tired of Greek goddesses? We're pretty sure he headed west to the vibrant Caribbean...