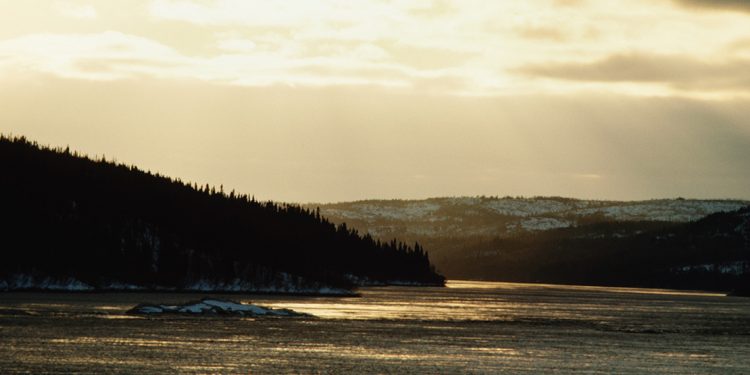 The Polar Bear Express will take you from Cochrane to Moosonee, along the coast of James Bay.
Photo Credit: Getty Images

One of Ontario’s Most Interesting and Unique Tourist Adventures

“You’ll love this trip,” said a youth standing at my side, as we were being entertained by Choo-Choo Bear, the Polar Bear Express mascot at the Cochrane rail station. “It’s a world of wilderness that grips your imagination.” He wasn’t a paid tour guide, just a friendly Northern Ontario resident wanting to share his love of the wilderness in which he lives.

“The train travels through a spectacular natural landscape to one of North America’s last real frontiers,” he continued. “I’ve taken it many times. It’s a great experience.”

Then, with a sharp blast of the horn, the Polar Bear Express pulled out of Cochrane, a town of 5,000 on the edge of the James Bay frontier. The town, the summer home of this vintage steam train operating only from late June to early September, began to slip away as we chugged through fertile farmland on our journey.

Touted as one of Ontario’s most interesting and unique tourist adventures, the train is like no other. Every day except Monday, it travels 300 kilometers from Cochrane to the Arctic Tidewater at Moosonee, traversing dramatic Hudson Bay lowlands, the ancestral home of the Cree Indians. Today their descendants form the majority of inhabitants in this part of the province.

The rail line, completed in 1932, follows the path of the earliest explorers in Canada’s north. The hub of more than 300 years of fur trade river routes, it is a rugged land of muskeg, wetland and scrub. Today, during the Polar Train Express’s four and a half-hour trip, passengers are entertained, over the microphone, by informative narrators as the train travels past and over great rivers once used by European fur traders, and the native Cree people.

For 40 years the Polar Bear Express has carried hundreds of thousands of riders from all over the world through this landscape to the shores of James Bay. About 50 percent of the 13 to 25 thousand of the annual visitors are Americans – the remainder being, in the main, a mixture of Europeans, Australians, South Africans and Canadians. They contribute a good chunk of the $250 million that tourism adds to the region’s economy.

Soon we were riding the rail through the Boreal Forest – a landscape dominated by the slow growing black spruce and dotted with poplar and tamarack trees. As we made our way through this tree-filled terrain, I sat down and relaxed, enjoying the view through the coach window, marveling at the wonders of the wilderness. Crossing the huge Abitibi River, once one of the main trade routes of the voyageurs, we continued through endless forests.

Past the huge Otter Rapids Dam and generating station on the Abitibi, we entered the largest wetland in the world – a permafrost region of muskeg. About 228 kilometers from Cochrane, we crossed the mighty 1/2 mile wide Moose River of fur trade fame and today a popular tourist canoe route.

In less than an hour we were in the land of dwarf willows, dotted with a few black spruce. I was thinking of the change of scenery when we entered Moosonee where today a traveler gets a taste of the Arctic in the luxury of the modern age. 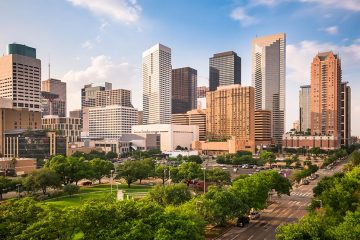 Houston, Texas is Open for Business with Plenty of Fun Attractions

Despite the effects of Hurricane Harvey, Houston is bursting with activity and opportunity. Here's what to do in Houston for a trip you won't forget.

Hurrying out of the Polar Bear Express, I looked around. The scene reminded me of Dodge City of cowboy fame with a modern touch. The wide main avenue was paved, but all the intersecting streets were of padded earth. At first sight, one could glimpse the reality of everyday life in this frontier town on the edge of one of the world’s last great wilderness regions.

Amid its frontier atmosphere and that of its twin, across the river, Moose Factory, we spent one and a half days. By bus, water taxis/freighter canoes and the cruise ship, Polar Princess, we explored a semi-Arctic historic world in the comfort of the 20th century.

The 5,800 inhabitants of Moosonee and the Moose Factory, friendly and, in the main, educated, are about 90 percent of Cree stock. The most important buildings in both towns are the schools. It has become apparent to the Cree that educational establishments are the process through which the First Nations peoples will receive the spectrum of scholasticism leading to their full participation in the future of the country.

A good number of the Cree are today working in tourism and their imprint on the area can be clearly seen by visitors. A modern replica of a Cree village dominated by a large teepee with its award-winning Eco-Lodge, and a Cree Cultural Centre offering a large amount of Cree handicrafts for sale, are located across the river from Moosonee at Moose Factory, a 26 sqkm (10 sq mi)island with a population almost all Cree.

Before we ended our tour of Canada’s Arctic border town, and after leaving the handiwork of Canada’s original inhabitants, we toured the Centennial Park Museum whose exhibits portray the more than 300 years of the fur trade history.

Early that evening, it was back to the Polar Bear Express for our return journey. After a fine dinner in the train’s dining car, we spent the evening in the entertainment car participating in a sing-along until we were back in Cochrane.

The friendly atmosphere was a wonderful finale to our short journey through one of the last wilderness spots on earth. 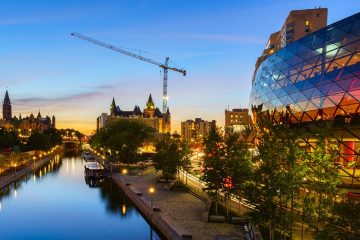 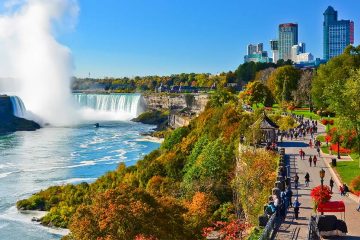 12 Not to Be Mist Attractions in Niagara Falls, Canada

There are plenty of fun things to do in Niagara Falls, Canada for families, outdoors lovers, thrill-seekers, and more. Check out our suggestions here! 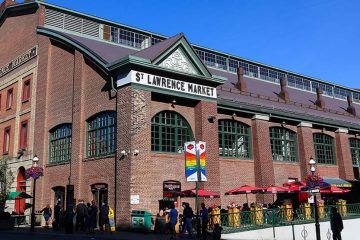 Toronto Travel Guide: Top 6 Things to Do in the 6ix

There's always something going on in T.O. These things to do in Toronto, Canada will help you get the most out of this diverse and entertaining city! 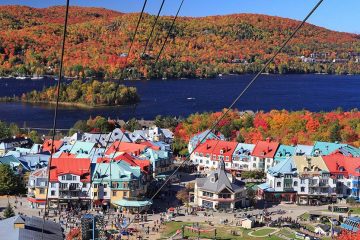 12 Not to Be Mist Attractions in Niagara Falls, Canada

There are plenty of fun things to do in Niagara Falls, Canada for families, outdoors lovers, thrill-seekers, and more. Check out our suggestions here!

Toronto Travel Guide: Top 6 Things to Do in the 6ix

There's always something going on in T.O. These things to do in Toronto, Canada will help you get the most out of this diverse and entertaining city!