Step Into the Underworld

A little over 20 miles from Parga, the main beach resort of Epirus on the west coast of Greece, is the ancient site known as the Necromanteion of Ephyra. While there were many oracles in ancient Greece, this is the only known oracle of the dead.

It dates back to the third or fourth century BC, and was only discovered by archaeologists in 1958. Although other temples, like the Temple of Poseidon at Tanaeron and the Cumae in Italy, among others, were known to have practiced necromancy, Necromanteion was the most renowned.

The ruins are 72 square feet in size and have 11-foot-thick walls, along with subterranean chambers.

The History Behind Necromanteion

Necromanteion was considered an entryway to the underworld, and a place where visitors sought advice from the dead and communicated with lost loved ones. The spirits of the dead were believed to possess abilities that the living didn’t have, including the power to foretell the future.

It was here that Homer sent Odysseus to seek such advice from an oracle who had long since passed.

Visitors who wanted to communicate with the dead entered the dark chamber, following specific rituals that would protect them before going deeper within, led by a priest. They passed through three gates that symbolized this entry into the underworld where they would then be able to speak to the spirits and see images of the dead as shadows that would appear as a result of the flickering lights of a lantern.

They brought with them offerings of honey, milk and the blood of sacrificed animals in hopes of conjuring the spirits. But experts believe it was all a hoax, and that these visions were enhanced through a number of means, including acoustics, the darkness, choreographed movement, hallucinogens and even mechanical devices that were found in the chambers by archaeologists.

Pulleys apparently were used to hoist up the priests who then simulated the departed and answered the questions of the pilgrims.

The late Greek archaeologist Sotirios Dakaris discovered a large number of broad beans at the site when he excavated it in the 1950s. The beans are known for their hallucinogenic properties when eaten in their green state.

Similar effects result when consuming lupine seeds, which were also found at the site. 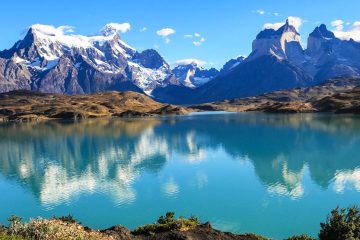 15 Amazing Places to Visit Before You Die

The planet is a big, beautiful place but you can't go everywhere. Add these 15 places to your travel bucket list and start trip planning!

How to Visit the Necromanteion

There is no airport in Parga; the closest can be found in Preveza/Aktiion via charter flights in the summer, or in Ioanninina, which receives domestic flights from Athens. Preveza is a beautiful, modern city with traditional buildings that adorn the port and historical center.

It’s filled with pedestrian walkways and cobblestone streets that are lined with cafes and taverns that make it look similar to what you’d see in the Greek Islands.

From the port of Preveza, you can take a bus tour through the picturesque village of Parga with its many olive groves and postcard-perfect imagery completed by the castle of Parga that looms over the town’s restaurants, shops and ouzo bars. Tours continue along the coast, passing gorgeous unspoiled beaches before reaching the site of Necromanteion on a hillside near Messopotamos.

With so much to do in Parga, you may want to base your stay there, as the site is just a 35-minute drive away. Parga can be reached via a seven-hour journey by bus from Athens.

Feel a chill down your spine at the Nekromateion, and then head to the Acheron River and relax in the soothing warm waters when visiting in late summer or early fall. In Parga, there are many fabulous beaches in town and on the outskirts, as well as the famous Venetian castle, where you can not only explore the ruins but enjoy a spectacular view of Parga.

Tickets can be purchased at the port in Parga for the cruise up the Acheron and the site can also be reached by car on the Preveza road to Messopotamos. Guided bus tours also operate from Parga.

The same advice for traveling to Greece applies here: July and August are the peak months for tourists and sizzling hot temperatures. If you want to enjoy pleasant weather and fewer crowds, it’s best to go in May or June, or mid-September through mid-October.

The site is open from November through March each day between 8 a.m. and 3 p.m., and July through October daily from 8 a.m. to 9 p.m.

For less than $10, you’ll get access to the main rooms of the site, and you can also attempt to go into the underground chamber if you can fit through — be aware the opening is quite small.

There is also a museum with a number of related items on display and information detailing the restorations being conducted on the site.