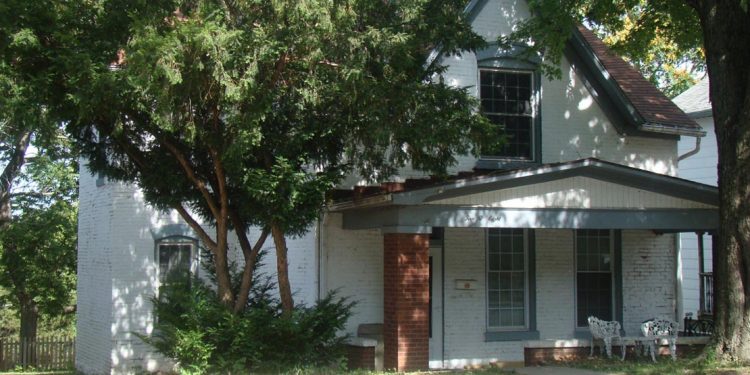 The Sallie House is said to be the most haunted house in America.
Photo Credit: True Illinois Haunts

Natasha Devine
Natasha is a part-time traveler, often staying within Canada and the US but has dreams to explore more of Europe and see New Zealand. She's a cinephile at heart and is drawn in by the locales and dramatic landscapes often found on the big screen.

Are You Brave Enough to Spend the Night — Or Simply Visit?

Many places throughout the world claim to be “the most haunted,” but how does one measure such a claim? Is it the number of active spirits, or the level of activity they produce? Or is it more about the number of visitors who have had paranormal experiences or even physical attacks in these locations?

We’ll leave you to be the judge as we discuss 13 of the scariest places on Earth. From kind spirits to active poltergeists and even rumored demonic activity, these places may offer the best chance to experience something paranormal.

Tony and Debra Pickman moved into their new house in December of 1992, having no idea they were in for years of paranormal terror. Touted as one of the most haunted homes in America, the Sallie house — named after the spirit of the girl who haunts the home — is popular among paranormal investigators.

The house is believed to have several spirits and even demonic forces active within its walls. The haunting started small with pets behaving oddly, cold spots and flickering lights. This quickly escalated to objects moving on their own and physical attacks that forced the Pickmans to leave their home.

Debra Pickman states very clearly on the Sallie House website that she strongly advises against going into the house as the negative entities are a safety hazard for individuals and paranormal teams. It’s been reported that visitors have had to deal with long-lasting, negative effects of being near the house.

If you’re feeling bold, there are several outlets that sell tickets to explore the house. Some tours even offer a hands-on experience inside the Sallie House as participants have the opportunity to examine the house alongside professional paranormal investigators. This investigation is designed for beginners and it is encouraged that all visitors bring a camera.

All participants must be 18 years or older and will be required to sign a waiver upon arrival. 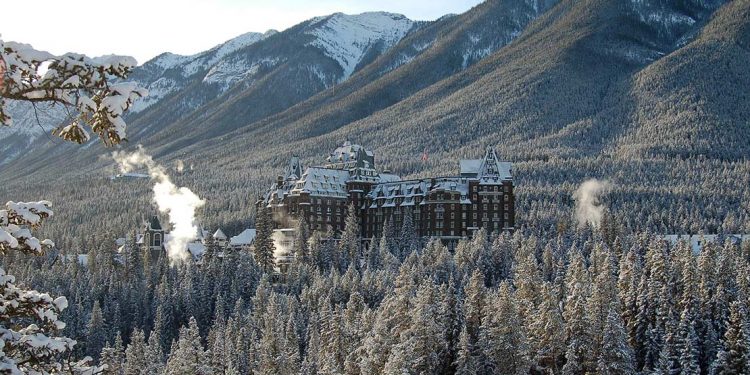 Although nestled in the picturesque town of Banff, you may have a creepy experience if you stay at the Banff Springs Hotel.Photo Credit: Getty Images

Built over 125 years ago in Alberta, Canada, the Banff Springs Hotel is a gorgeous stone structure tucked into the Rocky Mountains. Don’t be fooled by the beautiful landscape and the hotel’s enchanting appearance; it’s said to be one of the most haunted places in Canada.

When booking your stay, we recommend avoiding room 873. Although it’s been permanently closed off, it’s said that the family who was brutally murdered in the room still roam the halls.

During your stay you may come across the friendly bellman, Sam Macauley, who helps guests to their rooms. Despite having died in 1976, he still takes the time to unlock the doors and turn on lights for visitors. If you try to tip him or speak to him though, he may vanish before your eyes.

Perhaps the most notorious of the hotel’s spirits is that of the ghost bride. Her death was a tragic accident on the main stairs of the hotel. It’s said that her dress caught fire — panicking, she ran down the stairs, tripped over her gown and fell to the bottom of the steps where she died instantly. She is still seen on the grand staircase and dancing in the hotel’s ballrooms. 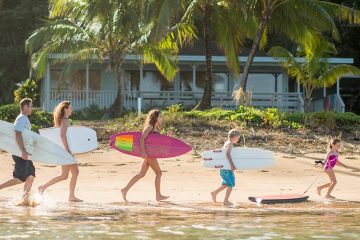 Surf's Up! Planning the Perfect Family Vacation to Hawaii

Kids of all ages and adults are sure to love to a Hawaii family vacation. From getting there, to attractions, to cost we have your trip planning covered! 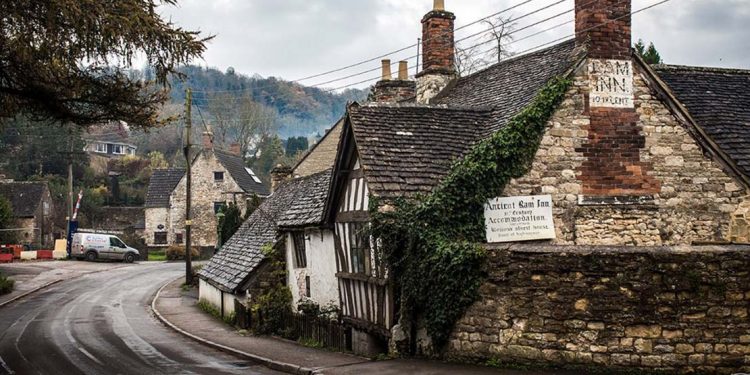 The Ancient Ram Inn was built in 1145 and has its fair share of active spirits and demonic entities. Photo Credit: OMG Facts

Not all haunted buildings have a clear story for what brought on the paranormal activity, but this isn’t the case with the Ancient Ram Inn. Claimed to be the most haunted B&B in the British Isles, it’s rumored that devil worship, sacrifices, a pagan burial ground and evil spirits are the cause of the haunting.

Once a former priests’ residence before becoming a bed and breakfast, the Ancient Ram Inn is the oldest building in the village of Wotton-under-Edge. Built in 1145 the cottage has always had an eerie feel. The current owner, Caroline Humphries, said she would sleep in a caravan outside as a child because she was so afraid of the house.

Her father was pulled from his bed during his first night in the home and now will not go anywhere in the house without his bible. After years of seeing guests run from the house in the middle of the night or cry out in terror after witnessing flying furniture or full-bodied apparitions of a little girl, the family has given up hope of selling the place.

The Inn’s heavy atmosphere, demonic entities and several active spirits, makes it a place of nightmares. But if you’re looking to experience intense paranormal activity, it may be worth the trip. 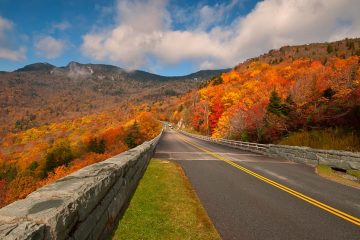 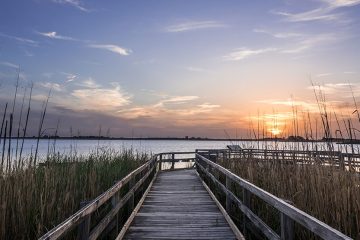 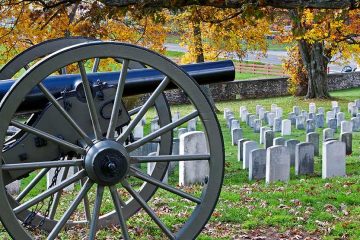 The most haunted places in America are great locations to learn some fascinating history and maybe even have a paranormal experience of your own.

The most haunted places in America are great locations to learn some fascinating history and maybe even have a paranormal experience of your own.