Madagascar Travel Advice: How to Make the Most of Your Trip To Madagascar

There’s nowhere on earth quite like Madagascar, and I mean that literally. Not only is it the fourth largest island on the globe, but more than three-quarters of its plants and animals do not appear anywhere else. No wonder naturalists, adventure lovers and shutterbugs flock there. Experts have even nicknamed it the “Eighth Continent” for its natural diversity. However, Madagascar has more to offer than just its geography and wildlife. Even luxury travelers find a lot to like in this not-so-small nation perched off the coast of East Africa. Here’s some Madagascar travel advice to keep in mind.

Getting There and Getting Around

Though the U.S. Department of State currently urges travelers to exercise increased caution in Madagascar due to crime in its city centers, savvy travelers will know how to avoid trouble. For instance, keep away from places where tourists do not typically go and try not to conspicuously flaunt your wealth.

If you do not visit Madagascar as part of a public or privately chartered cruise, then flying is basically the only way to get there. Even nearby locations do not offer ferry service. You can get direct flights to Antananarivo (the nation’s largest city) from Nairobi, Johannesburg, Bangkok and Paris. Note that prices tend to spike during high summer and at the year’s end.

Once on the ground, understand that getting around can prove challenging. Traveling by train offers an inexpensive way to see the countryside, but some of the lines do not always run reliably and they are often crowded. The same holds true for other forms of public transportation. If you have not booked your trip with a tour company, consider getting a guide when you rent a car. In fact, many rentals come with their own driver.

Nature serves as Madagascar’s big draw and few places illustrate its wild grandeur quite like Tsingy de Bemaraha National Park. This UNESCO World Heritage Site not only boasts a bevy of rare lemurs and reptiles, it is also an otherworldly “mineral forest”, boasting needle-like limestone spires carved by centuries of erosion.

To the south lies the Avenue of the Baobabs, an equally dramatic (although much smaller) area, where trees are of the more traditional variety. Giant thick-trunked baobabs rise above the dusty road and experts estimate that these ancient growths are about eight centuries old.

Immediately to the south is Kirindy Mitea National Park, a less visited area that contains untold riches for nature lovers to hoard. Some say that Kirindy Mitea boasts the highest density of primates in the world and it is a great place to see lemurs, Madagascar’s most distinctive animal. In addition to the lemurs you will find while hiking, you will also see nearly 60 species of birds and 90 species of butterfly.

For All the Adventurers, Take to Isalo National Park

Adventure seekers will also find a lot to like in Isalo National Park. It’s the most frequented protected natural area on the island, and for good reason. With a dramatic, water-worn topography of sandstone and limestone, it contains countless canyons for you to hike and it has waterfall-fed pools in which you can swim. Explore caves, trek through the jungle and plunge into deep pools.

Finally, enjoy one of the more unique experiences available on the globe and climb in humid jungles and skyline-scraping mountain peaks, like the ones in Marojejy National Park. Located on the northeastern section of the island, the steamy, frog-filled forests have relatively chilly crags. The weather can prove challenging at both extremes of this 214 square mile UNESCO World Heritage Site, so expeditions are not for the faint of heart.

Here is one final note about these parks and Madagascar’s various natural wonders: just as driving is not something you should tackle alone, you should not attempt to tour such areas without a guide. Plan ahead and check with your tour operator or at your hotel to find a reputable person who can show you the sights. 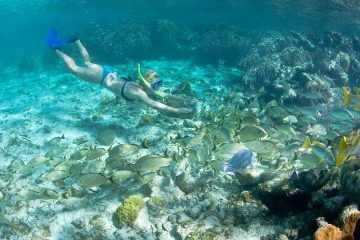 8 of the Best Scuba Diving Locations on the Planet

Crystal clear waters and multitudes of colorful sea life awaits. If you want the best scuba diving in the world, these are the dive sites you need to visit.

Though tourists typically come to Madagascar for its unique geography and biological diversity, you can also enjoy exploring its historical and cultural offerings.

Check Out a Royal Fortress

Antananarivo, the main town into which most visitors arrive, does not have a lot to offer on its own. Still, the Rova, which is located on top of a hill, is a royal fortress with cement bulwark that was constructed out of sand and egg whites, which came from some 16 million eggs.

Make sure to tour the European-styled palace of Queen Ranavalona I, which sits on the same rise. The hill itself is a religious site and the site of many small shrines at which you may find various offerings. Make sure to treat them with respect.

Once you descend, make your way to the Musée d’Art et d’Archéologie, a small museum nearby with lots of information on the island’s history. Or, if you are feeling hungry, visit Croc Farm, which is situated about 10 minutes from the airport. In addition to seeing thousands upon thousands of Nile crocodiles, you can also nosh on a croc burger.

Though Madagascar is an undeniably impoverished nation and its inhabitants are counted among the world’s poorest people, it boasts some incredible luxury resorts, many of which are on the smaller islands located just off the coast.

For instance, Nosy Be (“Big Island”) earns praise for its gorgeous beaches, stupendous snorkeling and diving, and jaw-dropping vistas. No wonder the resort of Constance Tsarabanjina popped up a stone’s throw away. It makes for a relaxed getaway with open-air dining and a private beach.

Bunk at an Ecolodge

Other Malagasy islands have gotten in on the luxury game. The northwesterly Nosy Ankao has Time + Tide Miavana, is a five star, green ecolodge located within a protected marine park. To the west lies Ile Sainte Marie, which boasts whale watching, rides in dugout canoes and Princess Bora Lodge & Spa where you can dive into shipwrecks, try kitesurfing and explore bird colonies. National Geographic added Tsara Komba on Nosy Komba (“Lemur Island”) to its Unique Lodges of the World collection. Tsara Komba contains only eight lodges, each one facing the ocean and isolated from the rest.

The Eighth Continent may seem to lie at the very edge of the globe, but given the wonders it contains, it is most certainly worth traveling to the world’s end to experience them. 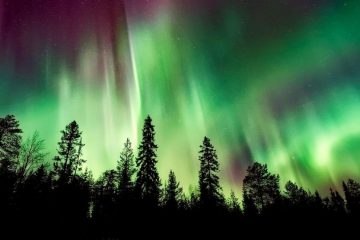 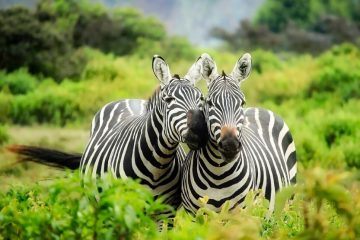 Everything You Need to Know About Ecotourism

What is ecotourism? It's a type of tourism that is attentive to environment and culture. Here are some of the top ecotourism destinations to visit. 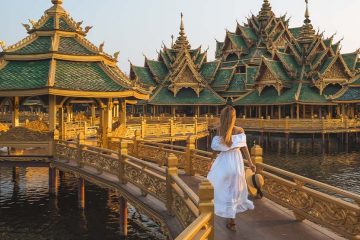 Rain or Shine, Here Are the Best Travel Clothes for a Trip to Thailand

While Thailand is mainly hot, there are other considerations to look at when packing for this location. Here are the best travel clothes for Thailand.

Everything You Need to Know About Ecotourism

What is ecotourism? It's a type of tourism that is attentive to environment and culture. Here are some of the top ecotourism destinations to visit.

Rain or Shine, Here Are the Best Travel Clothes for a Trip to Thailand

While Thailand is mainly hot, there are other considerations to look at when packing for this location. Here are the best travel clothes for Thailand.