Why You Should Avoid Third-Party Agencies and Book Directly Instead

Booking Hotels & Flights Directly May Be the Smartest Way to Go

Third-party booking sites such as Expedia and Travelocity make it easy to search through the nearly endless hotel and airfare options, but this convenience is often mitigated by the loss of protections and benefits. And while you may think you’re at least saving some money, frequently that’s not the case either.

There was a time that these sites did offer cheaper prices, but today you can usually get the same deal if not a better one by booking directly. In fact, in recent years, an increasing number of properties and airlines are guaranteeing better prices when booking directly, making it almost always the smartest choice.

In this article we go over why the answer to, “Is it better to book directly?” is emphatically, “Yes!”

While not all airlines offer price matching, some will allow you to claim a portion or all of the price difference when an airfare drops, and what fees they charge for domestic and international flights, if you book directly. Of the major U.S. airlines, that currently includes Alaska Airlines, JetBlue and Southwest.

Most hotels will match a competitor’s price as well as guarantee the best rate when booking directly. For example, Marriott hotels offer a “Look No Further Best Rate Guarantee” that will match the lowest price and even add another 25% discount on top of that.

If you find a great deal for a hotel on a third-party site, that hotel is likely to give you an even better rate, or at least match it, simply by making a phone call. Hotels prefer guests book directly as they won’t have to give that third-party a cut of the profits. The property may even offer exclusive deals or special perks you won’t be able to find on third-party sites, giving you more value for your money.

When the reservation is between the business and the customer, it makes things easier should any problems arise as only two parties are involved. In the event of an issue —such as a lost reservation, flight delay, overbooking or cancellation — things can really get messy if you have to deal with a third party.

That’s exactly where you’ll be directed, rather than being given an immediate remedy from the business itself.

For example, let’s say you book your hotel through a third-party site, but when you get there, the front desk agent doesn’t have your reservation and the property is sold out. Or let’s say you arrive late at night, and they’ve given your room away thinking that you’re a no-show. Because your confirmation is through that third-party site, you may have to spend hours on the phone with customer service trying to get it sorted out.

All of that could have been easily avoided had you been able to directly communicate with the property in the first place. When mistakes happen on their end, in most cases, they’ll have it corrected in no time instead of putting you in the middle, passing blame back and forth, leaving you out in the cold. 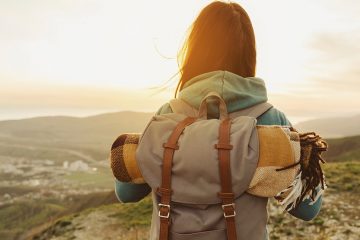 Traveling Alone: How to Have a Life-Changing Solo Travel Experience

Traveling alone doesn't mean you have to miss out on things. In fact, sometimes solo travel allows you to have even better experiences! Here's how.

When you book a room directly, you can easily change your travel dates or cancel. But through a third-party site, you’ll be limited in what the hotel can do for you directly. They’re often unable to work with you due to having a locked-in contract with that third-party site.

That means you’ll have to use the third-party site to change things, which may not be an option. And even if you are able to make the change, there’s always the possibility that information won’t be relayed to the hotel.

What happens if you get to your room and discover it’s filled with bed bugs or is just plain filthy? If you don’t want to stay, you’ll have to try and get a refund from that third-party site, which can be a lot more challenging than getting it from the hotel manager who can see firsthand what you’re dealing with.

Oftentimes when you book airfare through a third-party site, you can’t lock in your seat assignment until you check in with the airline. That’s incredibly inconvenient when you’re traveling with your family as you’re likely to be separated. Even if you’re traveling on your own, you may get stuck in a middle seat, squeezed between two strangers for what’s likely to feel like a never-ending flight.

The same is true when it comes to hotel rooms; booking with a third-party site means it’s unlikely you’ll be granted special requests like a room on a higher floor. You may think you’ve booked a room with two double beds and end up with a room with one king bed instead, which may be pretty uncomfortable when traveling with someone who isn’t your spouse or child.

You May Miss out on Loyalty Bonuses

Many hotels and airlines offer special loyalty bonuses and other perks to those who book directly with them. If you book on a third-party site you could miss out on points, extra miles, dining credits and so on.

While it’s almost always the wisest decision to book directly when it comes to hotels and flights, if you’re used to using a third-party, next time do some comparison shopping and check all your options first. 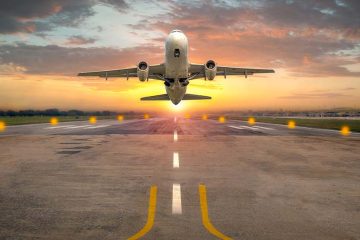 When it comes to traveling, it's always nice to score cheap plane tickets, but there's more you need to know. Here are some tips for booking cheap flights. 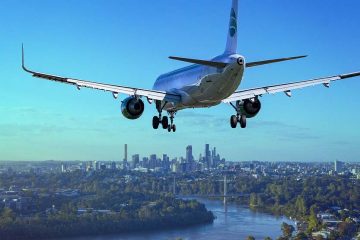 From Travel Agencies to Tour Guides, Here are the Best LGBTQ+ Travel Resources

Airlines and travel agencies are essential when it comes to planning the perfect trip. Here are the best LGBTQ travel resources so you can have a safe trip. 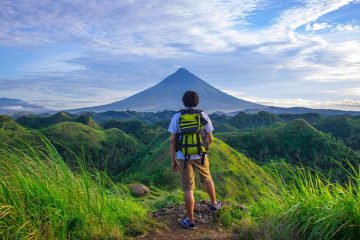 When it comes to traveling, it's always nice to score cheap plane tickets, but there's more you need to know. Here are some tips for booking cheap flights.

From Travel Agencies to Tour Guides, Here are the Best LGBTQ+ Travel Resources

Airlines and travel agencies are essential when it comes to planning the perfect trip. Here are the best LGBTQ travel resources so you can have a safe trip.