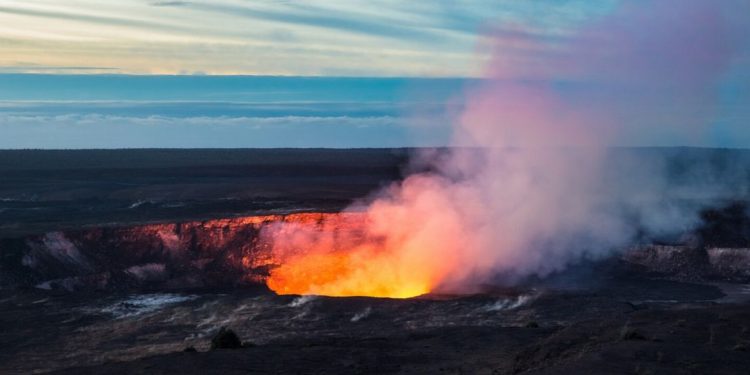 Hiking in Hawaii Volcanoes National Park offers the opportunity to see amazing views off lava like this one.
Photo Credit: Getty Images / ademyan

One of the highlights of a visit to Hawaii is seeing the many volcanoes that dot the landscape. The islands that make up the Hawaiian chain were created by volcanic activity. The landforms we see above the surface of the ocean are actually the tops of giant volcanoes that formed by numerous eruptions over millions of years. Each of the Hawaiian Islands has at least one main volcano while many of them have more than one. The Big Island (named Hawaii) has five main volcanoes, including Mauna Loa, which is the largest active volcano on earth, and Kilauea which is notable for producing the most lava annually of any volcano on earth.

Hawaii is one of the best places on earth to get up close to active volcanoes and to experience the unique volcanic landscapes. There are several ways to see the volcanoes during your trip to Hawaii. Here we have outlined some of the most popular.

One popular way to experience Hawaii’s volcanoes is by hiking to see the lava. This is particularly popular at the Hawai’i Volcanoes National Park. Day hikes in the park include a hike to the top of Pu’u Huluhulu Cinder Cone and hiking down to the floor of Kilauea caldera among others. Our favorite hike in Hawaii Volcanoes National Park is the Crater Rim Trail which circles the summit caldera of Kilauea. Here you will be blown away as you journey through a real, active volcano with steam vents and several overlooks.

If you want to see actual lava flows, the best way is to travel to the end of Chain of Craters Road where you can see the lava flows from a distance. Backcountry hiking is also available. Since the National Park contains active volcanoes, trail sections are often closed. For your own safety make sure to heed all posted signs and park ranger instructions and do not stray off of the trail. The entrance fee as of January 1, 2020 is $30 for a private, non-commercial vehicle for seven days and $15 for a pedestrian or bicycle. 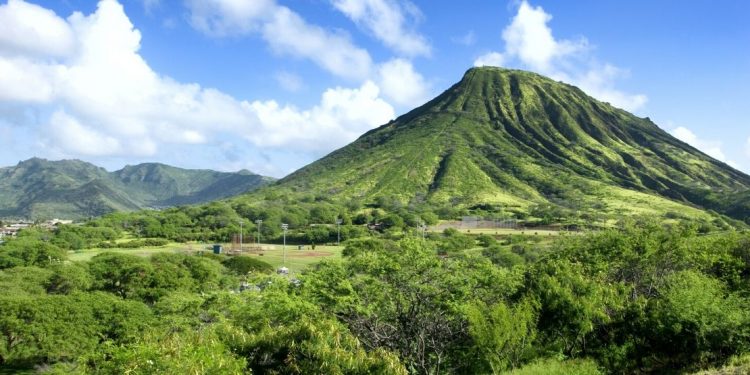 Diamond Head is an extinct volcano on Maui and popular with hikers.Photo Credit: Getty Images / vuk8691

Hike an Extinct Volcano on Oahu

On the Island of Oahu, you can also hike to see volcanoes including the incredibly popular Diamond Head. Bike Hawaii offers a guided hiking tour priced at $71 where you will explore an extinct volcano in the rainforest.

As you hike along the slopes of the ancient cinder cone volcano, you will enjoy stunning views of Oahu’s mountain ranges, the flora and fauna of the native forest and nice tropical island views as you gain 600ft of elevation. This hike is quite different than the volcano hiking tours on the Big Island as there is no flowing lava or steam vents here. However, it offers you an interesting opportunity to learn about volcanic landscape, get a bit of exercise and snap some amazing photos of the views. These hikes are great for kids too, so this is something the whole family can enjoy together! 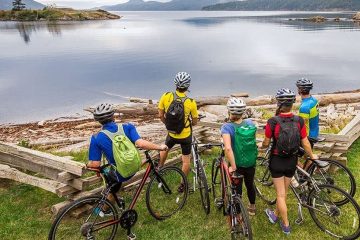 Experience Family Bonding Like Never Before with Adventure Travel

Family adventure vacations are a great way to learn, discover & grow as a family. Here are some of the most thrilling experiences the world has to offer.

A trip up Haleakala Crater in Maui offers some of the best sunrise views in all of Hawaii.Photo Credit: Getty Images / YinYang

Haleakala Crater is the largest dormant volcano in the world and Maui’s highest peak. It’s located in the Haleakala National Park. One of the most popular ways to experience Haleakala Crater is by taking a sunrise bike tour where you will usually be dropped off at the Pu’u’ula’ula Summit (Mount Haleakala’s highest point), will watch the sunrise and then bike down to the ocean. These sunrise tours offer an opportunity to experience the reddish-orange colored dawn at the peak and then also admire the landscape as you bike down. Alternatively, you can hike to see the crater. The crater tends to be crowded at both sunrise and sunset and much less busy at midday. 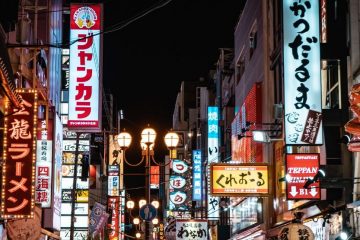 If you are thinking of traveling, take some time to consider solo travel tours in Japan. Here are some tips to help you prepare.

If you are thinking of traveling, take some time to consider solo travel tours in Japan. Here are some tips to help you prepare.