Blue and White and Beautiful Sights

When most people think about traveling to Greece, it’s all about the sun-soaked isles and the sea. While it’s a must to visit the Greek Islands, the nation’s diverse terrain also boasts spectacular mountains, lush alpine meadows, stunning gorges, rivers, and an impressive array of flora and fauna, mixed in with some of the world’s most impressive ancient sites.

The hundreds of islands that surround the country are divided up into distinct groups that include the Cyclades and Dodecanese that stretch southeast from Athens, the Ionian Islands to the west and the Sporades to the east. The mainland is its heart, with its dramatic scenery and awe-inspiring ruins that recall the grandeur of ancient civilizations.

The best time to visit the Greek Islands weather-wise is from late May to early October, when you’ll have lots of sun and little rain to enjoy those beautiful beaches. If you want to swim, the sea temperature is best in July, August and September when it’s had time to warm up.

Go in August if you hope to take part in the legendary nightlife, but avoid it if you want to miss the biggest crowds and the highest prices. Athens is generally best visited in the spring and fall. For the best of both worlds, mid- to late-September can be ideal.

Greece, like most other countries, has a wide range of budget options: you can do it on the cheap, you can enjoy a luxury vacation, or you can do something in between. Compared to much of Western Europe, it’s a relative bargain, but it’s not as cheap as Thailand, for example.

If you’ve been to Iceland, Norway or Sweden, it will probably seem wonderfully inexpensive. But it also depends on when and where you go — it’s not going to be cheap if you visit in August and spend your time in Mykonos or Santorini, the pricier islands.

All in all, prices before the nation’s economic crisis were lower than most of Europe and now, despite VAT (Value Added Tax) increases, visitors often find an even better value.

Greece is a very safe country to visit. In fact, there’s no comparison to the United States where there are ghettos and gangs to be concerned with. Other than a couple of sketchy neighborhoods in Athens, like Omonoia where it’s best not to walk alone at night, everywhere you travel here is safe.

Crime in the smaller cities and villages is practically non-existent. Use common sense in the large cities, in crowded places, or on when on buses and trains, keeping an eye on your purse, wallet or backpack.

There is so much to see and do, you’ll need to come back again and again to experience it all. But for first-time travelers, these highlights are considered a must, especially if you are looking for a romantic couples getaway in the summertime.

The Greek capital is legendary for its long history and impressive attractions, including the country’s top museums and the iconic Parthenon that soars above the city. As you’ll most likely be flying into Athens anyway, it makes an ideal place to start.

In addition to the remarkable fifth-century sites, like the Acropolis that overlooks the commercial and civic heart of ancient Athens known as the Agora, and the Parthenon, there are a wealth of modern cultural attractions too. Dine in upscale restaurants, wander through the abundance of world-class art galleries and museums, and sample olives and stuffed dolmas in the food markets.

Mount Olympus, the star of Olympus National Park, is the highest mountain in the country at 9,573 feet, and the home to the gods of Greek mythology. The village of Dion, set on its slopes, was a Macedonian holy city.

This is the spot King Archelaus held nine days of games to honor the god Zeus. Today it holds a fascinating archaeological site, where work is ongoing, and an archaeological museum.

Meteora is the Greek word for “suspended in the air,” describing the dramatic cliffs that tower over 1,200 feet in the north central mainland of Greece. This vast Eastern Orthodox monastic complex is unlike any other place in the world.

What makes it especially impressive is the historic monasteries that are perched among the cliffs and date all the way back to the 14th century, built by monks seeking freedom and spiritual isolation from religious persecution. Six are open to the public, and the views are some of the best you’ll find in the country. 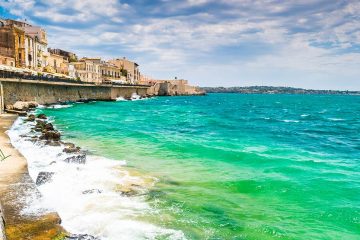 Nestled along the slopes of Mt. Parnassus, Delphi is an idyllic blend of ancient ruins and striking natural beauty. Revered by ancient Greeks as the center of the Earth, it hosts a wealth of significant ruins and structures, including the Athenian Treasury, the Temple of Apollo, and the theater and hippodrome that once played host to the ancient Pythian Games.

In the Delphi museum you’ll find the world-renowned bronze statue known as The Charioteer.

Looking for an out of the ordinary experience? Visit Necromanteion of Ephyra, the only known oracle of the dead. It dates back to the third or fourth century BC and was the site where visitors sought advice from the dead.

We aren’t sure how likely it is that you’ll still be able to commune with spirits, but this will definitely be an experience you’ll want to talk about when you get home.

The Greek Islands are a must. The question is, which to experience? That’s why many people decide to do some “island hopping” or take a sailing excursion that includes visits to some of the most popular isles.

The Cyclades are a great place to start, home to Mykonos, which is popular with partiers. There are also plenty of things to do in Santorini, famous for its glorious sunsets and rugged volcanic terrain with streets carved into a high cliff that overlooks the site of an ancient volcanic eruption.

Milos, situated halfway between Crete and Athens, hosts some of the best beaches as well as offering white-washed Cycladic villages and a rich history.

What Not to Do

With so much to see and do, it can be easy to cram in too much. If you take just once piece of Greek travel advice, it’s to avoid doing this. If you do, you’re unlikely to get a true sense of what it has to offer, and end up feeling frazzled and stressed.

Ideally, spend a couple of days in Athens, and then spend time on one or two islands at most.

Despite the economic turmoil Greece has faced since the 2007 global recession, the country remains one of the world’s best travel destinations. Travel to Greece and you’ll find some of the most hospitable, welcoming people on Earth, some of Europe’s best nightlife, the relics of four millennia of ancient culture, mouth-watering cuisine, breathtaking beaches and jaw-dropping scenery. 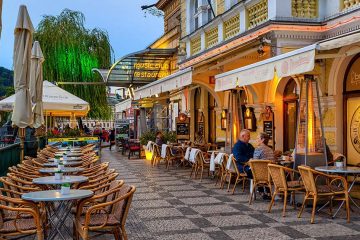