Family Bonding in the Backwoods

Some of my fondest memories of my father involve camping. When I was a child, we would slip our canoes into some central Kentucky stream and ride the waters until our aching arms forced us to make camp. Or sometimes we’d stake out an isolated corner of the 110-acre farm where I’d grown up on which to pitch a tent. In fact, I distinctly recall climbing out of my sleeping bag on a foggy morning to the smell of sizzling bacon.

So when I received a Grizzly Ripstop two-person sleeping bag and a Slim Twin stove accompanied by a Hard 2-3 cookset from the outdoor gear outfitter Dirtraveler, I was curious: would their innovations surpass the gear I used as a kid? Or would it be all flash with no substance — or, in the case of the Grizzly, a bear with no bite?

How Much Better Can a Sleeping Bag Get?

That was first thought when it came to the sleeping bag. After all, they’ve been around for a long time. How much innovation can you pack into such an old concept? I learned soon enough when my 8-year-old son field tested the Grizzly with me. Though most sleeping bags aren’t renowned for their spaciousness, it proved to be surprisingly comfy.

The flannel lining was super soft, and its roughly six-foot-by-five-foot area provided so much space that my notoriously wiggly offspring only woke me once during the night.

Though it’s rated for below-freezing temperatures, the Grizzly did pretty well in the South Florida summer heat. Much of that owes to the large zippers on both sides, which have easily accessible tabs on both the outside and inside of the bag. When I got too warm, I found it easy to unzip, even when using only one hand.

But do you know what the best part about this sleeping bag was? It’s incredibly easy to fold up. I hardly had to struggle at all as I bundled the huge thing back into its bag the next morning.

Not everything was perfect with the Grizzly, though. Its ripstop shell crackled when I tried to climb out of it, so good luck rising early without waking others up. Also, campers with back issues will definitely want to bring along a pad of some sort, because the Grizzly’s softness won’t do much to cushion your spine.

Finally, Dirtraveler sells this bag for $130 USD. Not the priciest option on the market, yet certainly more expensive than offerings from, say, Walmart or Cabela’s. 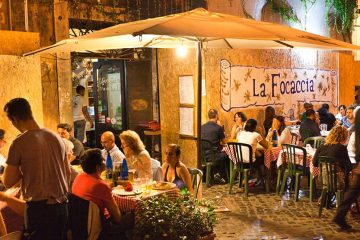 There are many crafty ways of saving money on travel expenses. However, sometimes cheaping out on certain services isn't worth it in the long run.

A Strikingly Sleek and Sophisticated Stove

The Slim Twin stove (sold at Dirtraveler for $190 USD) also isn’t cheap. Yet where the Grizzly seemed like a more-or-less standard sleeping bag with some high-end flourishes, the Slim Twin has taken that old camping standby — the Coleman stove — and made it much more modern.

See, the Slim Twin looks like a gargantuan gaming laptop, a super-sleek, gunmetal-gray slab measuring 21 inches by 13 inches by 2.4 inches. But once you slide out the unfolding legs nestled beneath its body, it transforms into a smart and sturdy implement standing about a foot off the ground.

That height serves a practical purpose. Remember how the old Colemans had an awkward bit of tubing that connected a single propane tank to the burners? Well, the Slim Twin lifts itself up enough to tuck a pair of fuel tanks directly underneath.

And you don’t have to use only propane, either. The Slim Twin seems to be the only portable camping stove that’ll run off of propane or butane. I loved how it immediately fired up with a single press of its not-too-stiff starter, and the generously large fold-out wind shields kept the occasional gust from snuffing out the flame.

I only wish the cookware Dirtraveler sent me — a cute little set of stacking pots, bowls and a pan dubbed the Hard 2-3 system (sold at Dirtraveler for $57 USD) — had worked as well. The box copy wasn’t lying when it dubbed it as “The Frying Pan of Super Heat Conduction.” It conducted alright, turning my first pancake of the morning into a singed mess.

To be fair, considering the Slim Twin is a full-size, high-output stove, it may have been a bit excessive for the compact cookware — a cast iron pan worked a lot better and is a more appropriate size. But the stove did have the ability to dial down the temperature low enough that cooking with the Hard 2-3 system was possible. Cooking on a new camp stove always has a bit of a learning curve associated with it as you figure out heat settings and conductibility of the cookware you’re using.

As well, the plastic-coated handle got uncomfortably warm almost instantly. However, that’s not singular to the Hard 2-3 system — most compact cooksets perform the same. If you’re looking for something that is lightweight and good value for your money, the Hard 2-3 system is certainly a good way to go. Cooking the perfect pancake just might take a bit of practice!

In the end, I couldn’t help thinking about my own father as I fiddled with all this equipment, my son hovering over my shoulder. My dad has long since entered his eternal rest. And both the Grizzly two-person sleeping bag and Slim Twin stove certainly would’ve improved our experience.

But no matter the gear, there’s magic in simply enjoying the outdoors with a loved one. Perhaps my own kid and I will make some memories one foggy morning over a hot stove. 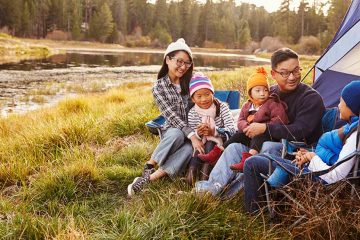 Quality Time Around the Campfire: Tips for Going Camping with Kids

Camping with kids has its challenges, but it's incredibly rewarding for your kids and your family as a whole. These tips will help you enjoy your trip! 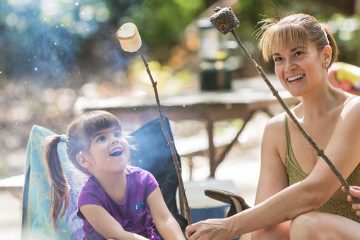 If you're not sure how to plan a camping trip these tips will help you and your family enjoy your first experience sleeping outdoors! 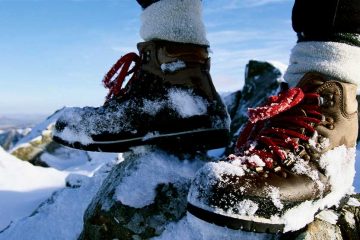 When it comes to winter hiking boots, you want to have the best make to battle tough snow and ice. Here are key things to keep in mind. 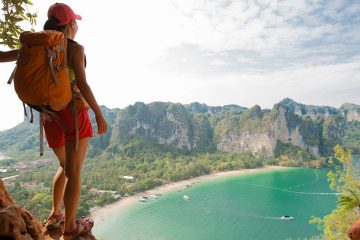 6 Essential Pieces of Gear to Bring on an Adventure Trip

These 6 things to take on an adventure trip are sure to make your next journey more comfortable, no matter where you're going or what you're doing!

Quality Time Around the Campfire: Tips for Going Camping with Kids

Camping with kids has its challenges, but it's incredibly rewarding for your kids and your family as a whole. These tips will help you enjoy your trip!

If you're not sure how to plan a camping trip these tips will help you and your family enjoy your first experience sleeping outdoors!

When it comes to winter hiking boots, you want to have the best make to battle tough snow and ice. Here are key things to keep in mind.

6 Essential Pieces of Gear to Bring on an Adventure Trip

These 6 things to take on an adventure trip are sure to make your next journey more comfortable, no matter where you're going or what you're doing!