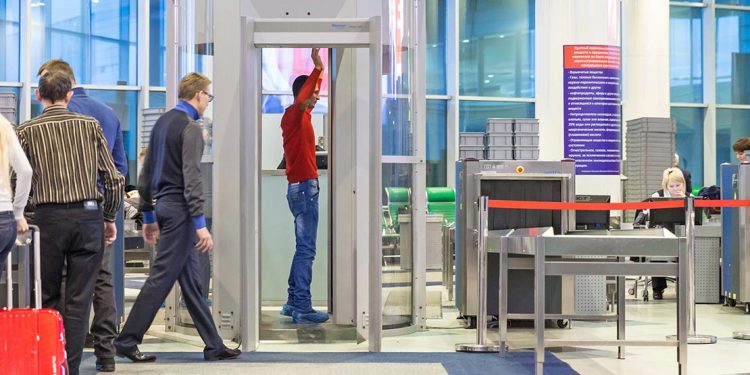 Air passengers have to pass through multiple layers of security and comply with a host of regulations.
Photo Credit: iStockPhoto / mariakraynova

Taking a Closer Look at the Drastic Changes in Airport Security

Ease of Flying a Thing of the Past

It’s hard to believe it’s already been over 17 years since 9/11. Before that infamous date, airport security was basically a simple walk through a metal detector, and the only inconvenience was having to dump change out of our pockets.

Things have certainly changed a lot since. But even long before that, major transformations took place. In fact, 40 years ago, the only thing passengers needed in order to board a plane was a ticket — no ID required.

If that same person who casually strolled through the airport and onto their flight back then found themselves in an airport today, they would be in for a shock. Airport security rules are vastly different today, with passengers having to pass through multiple layers of security and comply with a host of regulations.

While you might think Sky Marshals (armed officers dressed as passengers) are a fairly recent invention, the program, officially known as The Customs Air Security Officers Program, was created in response to Arab terrorists hijacking four airliners in 1970.

This incident involved the terrorists releasing everyone who was aboard and then blowing the jets up on the ground.

At the time, despite soaring skyjacking rates, most airlines opposed the idea of individual passenger screening.

The first major attempts to ramp up security came in 1973, in response to numerous violent skyjackings. That’s when passenger screenings became universal — but until then, most could board without a passport, any type of ID or going through any type of security check at all.

Ticket agents would simply watch for behavior such as lack of eye contact. When noticed, the person might be scanned with an electronic magnetometer, though just 0.5% of passengers were screened.

X-ray machines and metal detectors were brought in during this decade, and it wasn’t long before they were part of standard security at airports worldwide.

The next big wave of security measures didn’t come until the late 1980s. Just before Christmas in 1988, a bomb that had been concealed in a radio-cassette player on board Pan Am flight 103 was detonated over Lockerbie, Scotland, killing 270 people.

In response, the FAA started to screen portable radios and computers more carefully on flights between Europe and the Middle East. They also began requiring all bags to be accompanied by a passenger.

A decade later, in 1998, airlines started using a Computer Assisted Passenger Prescreening System to separate passengers who they deemed required additional scrutiny. This was based on certain behavioral characteristics, as well as a government watch list of known or suspected terrorists.

But at that time passengers could still arrive as late as 30 minutes before a flight would board, and family and friends could accompany them right to the gate. People did send their carry-ons and metal items through the x-ray machines and then walk through a metal detector, but checked bags were only occasionally inspected for international flights.

Then 9/11 happened. On September 11, 2001, 19 Al Qaeda terrorists hijacked four U.S. airliners, crashing two of them into the World Trade Center towers in New York City and one into the Pentagon, with the fourth crashing in Pennsylvania. This incident killed thousands and was the deadliest terrorist attack that ever took place on U.S. soil.

It was these attacks that prompted the largest overhaul in airport security, bringing a host of new requirements, and a much more rigorous approach to detecting dangerous passengers.

Just two months afterwards, the U.S. government created the Transportation Security Administration. Before TSA, airport security was typically outsourced to a third party contractor, and while some airports still use third parties for screening, TSA remains in charge.

Initially, TSA seemed to be an effective deterrent, but after Richard Reid tried (and failed) to set fire to explosives in his shoes while on board an American Airlines flight just before Christmas in 2001, which would have likely killed everyone on the plane, shoe inspections were added.

In August 2006, a plot to blow up U.S.-bound passenger jets with liquid explosives hidden in carry-on luggage was fortunately foiled with the arrest of 24 suspects. The explosives were impossible to detect using the technology available, so an immediate ban was placed on liquids in carry-on luggage.

Today, flying no longer mean jumping out of a taxi just a few minutes before your scheduled departure. Not only is it recommended to arrive at the airport a full two hours ahead of time, and three hours before an international flight, but you have to have ID, and the name on that ID must match your ticket.

Every person must have a ticket to get to the airline gates, so no bringing your loved one with you to say goodbye as you board.

In most cases, you’ll have to remove your shoes at the checkpoints, and all of your baggage, both carry-on and checked, has to be screened. No liquids over 3.4 ounces are allowed through those checkpoints, and items such as laptops have to be separated from any luggage.

You have to remove jackets and any outer wear, as well as anything and everything that might be in your pockets, before going into the body scan machine for a screening. If you don’t pass that screening, you’ll then have to endure a thorough pat-down.

All of these tedious rules mean air travel hacks are essential if you want to streamline your flight experience even just a little. It’s hard to predict what the future might bring, but it is fairly certain that we’ll never return to the carefree days of flying. 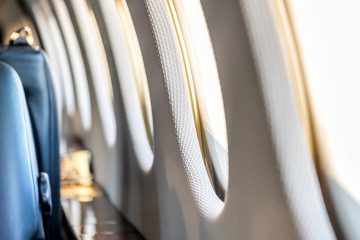