There are plenty of credit cards for UK residents that will let you rack up points to redeem for travel related expenses. Rewards vary, but qualifying purchases can get you things like free flights, hotel stays or car rentals depending on the card.

If you’re ready to get the most out of your credit card purchases, let us help you make an informed decision on what travel rewards card in the UK is right for you.

In order to choose the best travel rewards card, it’s important to examine all the different aspects of the card that might affect you. While obviously travel rewards cards have attractive perks, you’ll need to figure out if they outweigh any downsides of using the card such as a high APR or annual fee.

Many cards also have a minimum spending amount in order to take advantage of the advertised introductory offer, which means they may not be worth the hassle unless you were already planning a large purchase.

It’s also a good idea to only choose a card that you can pay off over time due to a 0% APR promo or because you actually have the money available. Carrying a balance will often end up costing you more than the reward was actually worth in the first place once you start racking up interest.

Keeping all those things in mind, we’ve compiled the best travel rewards cards in the UK that are suitable for most people.

Frequent British Airways flyers benefit the most from their American Express Credit Card. Earn currency (called Avios) to their rewards program much faster by collecting one Avios point per £1 spent using this card.

An introductory offer of 5,000 Avios points are available if you spend £1,000 within the first three months. That’s enough points right off the bat for an economy seat on a flight between London and Edinburgh, or Dublin and Brussels. If you’re typically a big spender, you’ll even have the option of earning a two-for-one companion voucher when spending £20,000 in a single year.

If you’d rather earn free hotel stays over airline miles, Starwood Hotels offers its own credit card for their 11 hotel brands around the world. U.K. residents can apply for the SPG American Express card, earning a one-night stay right off the bat with 10,000 points upfront.

Not only can you earn points by spending on everyday purchases, but your purchases at SPG and Marriott Rewards® hotels will earn double points through the end of 2019. Even if you do feel like redeeming points for flights instead, it’s possible to redeem them for flights on 150 different airlines or even transfer them to a corresponding frequent flyer program.

With one of the lowest variable APR’s (18.9%) for a travel rewards card in the UK, the Hilton Honors Platinum Visa® is a top pick. You need only spend £750 in the first three months to get your first reward — a free night certificate for any participating Hilton Hotel worldwide.

All purchases earn two points per £1, with those made at Hilton properties earning a whopping three points in addition to base points. Essentially, this card offers the best bang for your buck, whether you’re a big spender or not. 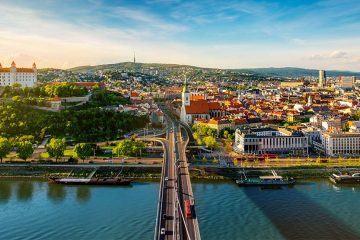 22 Affordable Destinations in Europe That Are Awaiting Your Arrival

Want to explore Europe but worried it'll put too much strain on your wallet? These cheap European holidays leave no excuses not to take a Euro trip!

Although this card has a £140 annual fee, its benefits are plentiful and worth it if you don’t carry a balance. With 20,000 rewards points upfront, if you spend £2,000 in your first three months, you’ll have enough for at least a return flight to London from over 100 destinations.

As a Preferred Rewards Gold Card member you have access to exclusive airport lounges, with two free visits per year. You’ll also get exclusive invites for special events and ticket presales not available to the general public. Membership points don’t expire and you’ll also have the option of hotel credits and upgrades with The Hotel Collection.

Travel frequently and loyal to Virgin Atlantic? With their Black Card, you’ll get two separate cards — a Visa and Mastercard — to rack up points with. A single purchase will get you 18,500 bonus miles, which is enough for a premium economy fare to Boston.

After spending £5,000 you’ll also have access to an upgrade, with a maximum of two per year. A companion fare award flight can also be yours when you spend £7,500 in the first year. With the capability of adding up to three extra people to the account for free, all these rewards are easily attainable — especially since you get four miles for every £1 spent directly with Virgin Atlantic. 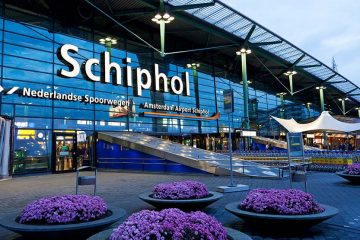 If you're looking for the cheapest place to fly into Europe, all 10 of these are great options.These airports don't skimp on conveniences, either! 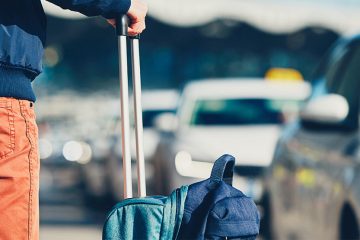 Which Form of Airport Transportation is Best for Your Trip?

We lay out the pros and cons of the airport transportation options available at most airports. We'll help you decide what will work best for you!

If you're looking for the cheapest place to fly into Europe, all 10 of these are great options.These airports don't skimp on conveniences, either!

Which Form of Airport Transportation is Best for Your Trip?

We lay out the pros and cons of the airport transportation options available at most airports. We'll help you decide what will work best for you!