Celebrate the Holidays at These 6 European Christmas Markets

Christmas markets in Europe began as a 13th-century seasonal necessity in Germany and surrounding countries. Despite the arrival of the holy season of Advent (which, in the Western tradition, begins somewhere between November 7 and December 3, and ends on December 24), Albert I of Germany allowed merchants a couple of days to sell winter necessities at a large market. Over the following 150 years, such markets took root throughout Europe and eventually became known as Christmas markets: places to purchase holiday-themed baked goods, sip hot drinks (of both the soft and spirituous variety) and soak in the Advent atmosphere. So, what are the best Christmas markets in Europe to visit?

Given that these markets have proliferated over half a millennium, finding an excellent one might sound daunting. Fear not! Read on to discover six of the best Christmas markets in Europe.

Though much of the Wiener Weihnachtstraum remains locked down due to COVID-19, this centuries-old market has endured for hundreds of years. Indeed, some historians trace the first Christmas market back to the City of Dreams itself. Located in the heart of Vienna and laid out at the feet of the Stephansdom, the Wiener Weihnachtstraum is within walking distance of world-class shopping and top-notch restaurants.

Not that you will need to worry about either when it comes to the market itself, as hundreds of stalls sell roasted chestnuts, local sausages, Christmas-themed sweets and all sorts of drinks. Vendors offer everything from leather goods, to arts and crafts, to Christmas crafts. Artfully-arranged lights transform the square into a multi-colored wonderland, and children can enjoy diversions, such as reindeer rides, a Ferris wheel, a merry-go-round, a skating rink and a creche.

When November rolls around, Strasbourg dubs itself the Capitale de Noël (the Capital of Christmas), and it is easy to see why. France’s oldest Christmas market is really a collection of smaller markets spanning 13 squares in downtown Strasbourg. See a trimmed evergreen that rivals the famous Rockefeller Center Christmas tree at Place Kléber. Tour the seasonally-themed Advent Village at Square Louise Weiss, an attraction that lasts until December 27. The Terrasse du Palais Rohan boasts sweet Alsatian delicacies, and children can make them during a workshop held every Wednesday. The Christkindelsmärik (Market of the Christ Child) is the city’s oldest and draws 2 million visitors annually.

The ongoing pandemic has hammered many European public gatherings, but Brussels’ Plaisirs D’hiver is going strong after a 2020 cancellation. (Note that enhanced security measures will be in place for the 2021 market.) It’s a good thing too, because this Christmas market is filled with gastronomical, gustatory and athletic feats. In addition to the shopping, which is common to every Christmas market, Plaisirs D’hiver offers delights, such as tartiflette (a savory cheese-and-potato cake), Belgian waffles, beer and mulled wine. Jugglers toss flaming pins, performers dance in the streets and a giant Ferris wheel whisks visitors around and around. There’s also an ample skating rink with a kids-only section for the little ones.

At night, the market takes on a distinctly otherworldly atmosphere. A sound and light show transforms the Grand Place into a glowing edifice, and an 18-meter Christmas tree sparkles scarlet with 1.3 kilometers of LED lights. Art installations echo constellations and project themselves onto buildings, looking like high-tech graffiti. 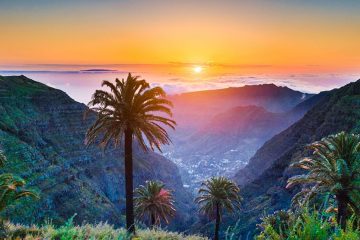 Tenerife holidays are filled with days spent on sandy beaches, nights gazing up at skies full of stars and plenty of cultural experiences in between.

The Advent Bailika (Advent Feast at the Basilica) may not be Budapest’s most popular Christmas market. That honor goes to the annual Christmas market held at Vörösmarty Square. However, this market that transpires right in front of St. Stephen’s Basilica, which is widely considered to be the country’s most important church, may be the most charming and culturally authentic.

Like most markets, there is shopping for Christmas-themed crafts, and you will find plenty of activities for adults and children alike, such as live music, ice skating and lots of lights. However, the food and drinks are where this market really distinguishes itself. At Advent Bazilika, you can truly indulge in the tastes of Hungary, enjoying dishes, such as lángos (deep-fried flatbread), kürtöskalács (chimney cake), goulash, sausage, gingerbread and mulled wine.

High fashion. Historic buildings. Amazing art. Gorgeous natural spaces. Milan is known for all of these things, and nearly 9 million people visit the capital of Lombardy annually. The Mercatini di Natale in Piazza Duomo (Christmas Market in Piazza Duomo) is just one more reason to come to Italy.

While admittedly smaller than some of the other Christmas markets in this article, the Mercatini di Natale has style to spare. Exhibitors construct little wooden booths out of ply, which include delicacies such as saffron, licorice truffles, perfume, gloves, cured meats, cheeses, nougat and caviar. The giant Christmas tree has been sponsored and decorated more than once by Swarovski crystal too.

Performing arts are the name of the game at Het Amsterdamse Winterparadijs (The Amsterdam Winter Paradise). Pledging to throw a celebration that is bigger and better than ever after nearly two years of COVID-19 restrictions, this Christmas market features multiple shows from popular European artists, such as Tino Martin, Rolf Sanchez, Lil’ Kleine, Xander de Buisonje and Emma Heesters.

More traditional Christmas market activities will also be held all around the RAI Amsterdam. Enjoy indoor or outdoor ice skating. Ride a giant, multi-colored Ferris wheel. Glide down a man-made snow slope on an inner tube. Gather the kiddos for professional storytelling events or just have their faces painted. As always, indulge in the market’s many shopping options.

Don’t Miss Out on the Festivities!

While Christmas markets are a distinctly European invention, that does not mean you need to miss out on the holiday fun if you cannot travel this Christmas. Other areas have started their own top-tier markets, including the Toronto Christmas Market (Canada), the Frankfurt Christmas Market (Birmingham, U.K.) and Winter Village at Bryant Park (New York, U.S.). Who knows? You may be able to enjoy an ancient tradition right in your own backyard. 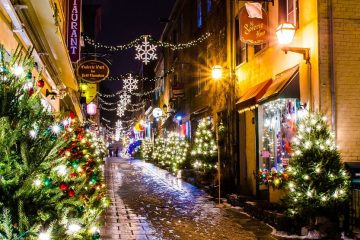