10 Reasons Why Albania Is the Most Dangerous Country in Europe

Chaos, corruption, crime; these are the words that tend to be mentioned in the same breath as Albania. Almost forgotten in the corner of southeastern Europe, Albania tourism has been sparse as the country was completely closed off to the outside world until the early 1990s.

Now, just over 30 years after the fall of communism, a trickle of tourists have begun crossing Albanian borders, lifting the lid on a country that was shrouded in mystery for years. Despite this tentative rise in tourism, Albania is still struggling to shake off its dodgy reputation as a hotbed of drugs, illegal prostitution rings and corrupt politicians.

While you shouldn’t believe everything you hear, one thing you need to know for certain: Albania is the most dangerous country in Europe. Posing a major threat to your wallet, your health and the safety of your soft toys, Albania is without a doubt a risky destination.

Here are 10 reasons why you should be afraid to visit:

1. The Sunny Mediterranean Weather May Put You at Risk of Sunburn

The Albanian Riviera is a stretch of coast that defies belief; not only because of the sky blue water and bright white pebbles, but because practically no one seems to know about them. Albania’s gorgeous beaches might just be the best kept secret in Europe.

The stunning coast and picturesque villages will steal your heart and your breath with their beauty.

2. The Food Poses a Serious Threat to Your Waistline

With delicious Mediterranean cuisine and strong Greek and Italian influences, you will have to fight to resist tucking into flaky pastries, salty cheeses and seafood by the pound.

Markets also offer up tasty bounties (thinks olives, grapes and figs galore), where most of the fruit and vegetables are locally grown and organic, as pricey herbicides and pesticides aren’t widely available.

3. The People Are so Nice You May Never Leave

With tourism only starting to pick up in recent years, locals are still curious and excited to meet visitors. You will encounter nothing but warmth from Albanian people, even when they don’t speak a word of English.

One of the most challenging aspects of traveling in Albania is the lack of central bus stations, making transport confusing and obscure. Fortunately though, with the help of lovely locals, asking for directions has never been easier; don’t be surprised if someone spends a good half an hour helping you out.

You will feel so at home that leaving will be seriously difficult.

4. They Painted the Capital in Technicolor — Albanians Must Be Crazy

The dull, monotone buildings of the Communist era received a makeover when Edi Rama became mayor of Tirana. To lift people’s spirits, inspire pride for the city and to tackle problems like crime, Rama made the radical move of painting buildings in the loudest colors possible; think oranges, reds, stripes of blue and splashes of purple.

Described by Rama as a “forum of political action,” injecting color into the city and taking back public space was a successful endeavor to reinvigorate the entire city and move forward from the Communist era.

5. Raki, the Local Drink, Should Be Consumed With Extreme Caution

Most Albanians will tell you that the best way to start the day is with coffee, a cigarette and a healthy dose of raki. Raki is as much a part of Albanian culture as the ubiquitous double-headed eagle flag.

Overindulge, however, and you risk losing control of your senses and making some poor decisions. You have been warned.

6. It Is Dangerously Cheap

If you’re looking to travel Europe on a budget, Albania needs to be on your list of stops. One of the cheapest countries in the whole of Europe, you will find yourself in the strange position of having too much unspent cash at the end of your stay.

It doesn’t help that Albanian Lek can’t be exchanged outside of the country. You may well end up with a whole suitcase full of tacky airport souvenirs, acquired in a desperate bid to use up your remaining Lek.

7. The Bunkers Are an Eerie Reminder of the Past

There are around 700,000 concrete bunkers spread throughout Albania. The giant concrete mushrooms sprout out of the ground in public parks, on beaches and next to highways.

Built to be virtually indestructible, they have proved to be just that and remain resolutely rooted in the ground. Their presence will gives a slightly chilling impression of the paranoia that was spread under Enver Hoxha’s dictatorship.

After the fall of the Communist regime that completely outlawed religion in Albania, Albanian people welcomed religion back into their country with open arms. Today nearly half of the population identify as Muslim, but there are also Orthodox, Catholic and Jewish communities coexisting peacefully.

Albanians are proud of their religious diversity, and have been lauded by leaders such as Pope Francis for the mutual respect and trust between the followers of different religions. Talk about risky; visitors could get all sorts of funny ideas about different religions living shoulder to shoulder without conflict. 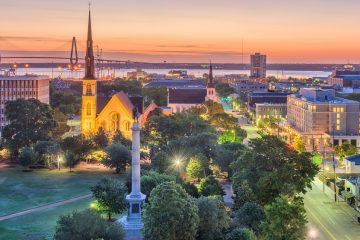 9. Your Soft Toys Won’t Be Safe

One of the more bizarre things you will notice in Albania is the phenomenon of apparently suicidal teddy bears. Hanging by the neck, speared on metal rods, or suspended by their body parts, cuddly toys are attached to the outsides of unfinished houses, looking dirty, torn and creepy looking.

The reason behind this is completely harmless though: the sweet teddies are thought to protect the houses and their owners from the evil eye.

10. Seriously Though, the Driving Is Genuinely Dangerous

While the rest of this list may be tongue in cheek, it is worth noting in all seriousness that driving is one of the most hazardous aspects of traveling in Albania. Traffic accidents have allegedly increased 147% in the last five years.

Before the fall of Communism, there were less than a thousand cars in the whole of Albania. Locals will point to this as the reason Albanians drive like they do today; brace yourself for cars wildly overtaking around corners, driving on the wrong side of the road, parking in the middle of the road and using their horns freely. 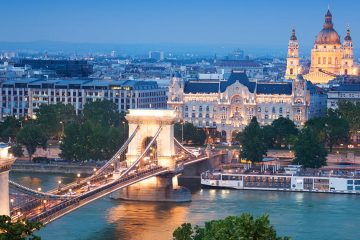