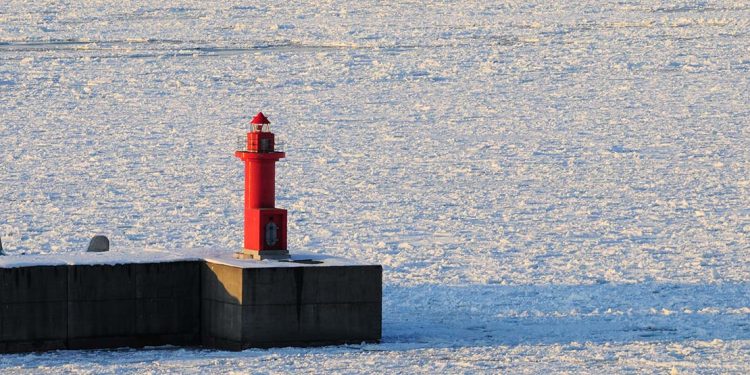 Observe incredible scenery aboard an icebreaker cruise across the frozen expanse of the Sea of Okhotsk.
Photo Credit: Getty Images

These Activities Will Warm Your Blood in Even the Chilliest Settings!

Frank Loesser’s 1944 standard “Baby, It’s Cold Outside” earned its place in history by combining oh-so-slightly suggestive lyrics with an utter antipathy for winter. In fact, the song treats a dip in the mercury as though it’s sure to bring on pneumonia and death.

And to judge by the popularity of places such as Palm Springs and Fort Lauderdale from December on, it seems as though many share its dislike of winter’s chill.

But not everyone shies away from the swirl of snow or the frigid beauty of ice. Indeed, true adventurers know that the Old Man Winter saves his best treasures for those willing to bundle up and brave the elements. Read on to learn about six worldwide adventurous winter vacations for those unafraid of the cold.

Japan: Take an Icebreaker Cruise Across the Sea of Okhotsk

Hokkaido is something of a red-headed stepchild among Japan’s four main islands, a rugged landmass that was only settled in the past 100 years and boasts astonishing natural beauty. Even during the frigid period from January through March, tourists can suss out unique winter adventures.

And one of the most unique involves taking a day cruise from Abashiri or Monbetsu on an icebreaker cruise across the Sea of Okhotsk.

Near the end of January, freshwater runoff from the nearby Amur River causes meter-thick slabs of pack ice begin to form upon the Sea of Okhotsk, and adventurous tourists from across Asia flock to any of the small, well-appointed icebreakers that plow through the floes.

Watch seabirds swoop and dive, glimpse seals surfacing and hear the ice snap and splinter as the ship forces its way forward. 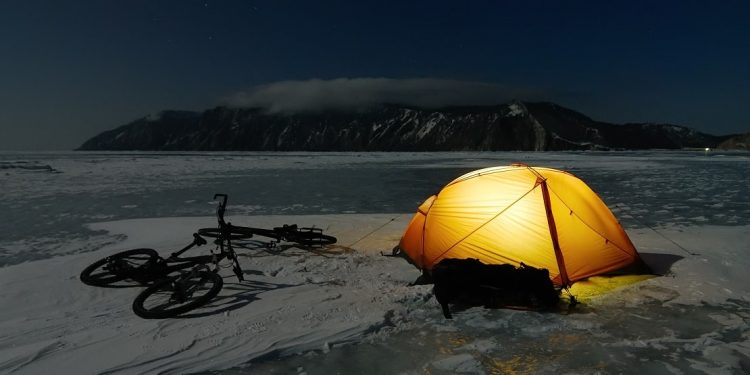 Lake Baikal is the perfect place to safely bike or any number of activities on the ice.Photo Credit: Getty Images

The world’s deepest lake. In Siberia. During the nadir of winter. Such elements hardly seem ideal for long-distance bicycling, but there’s a reason why an annual extreme race dubbed Ice Storm has chosen Lake Baikal for its yearly setting.

Solidly frozen by subzero temperatures and scoured by high winds, the lake’s surface is so solid and free of snow that locals drive cars on it. (There are even marked-out lanes and stop signs.)

Just don’t be surprised if you hear cracking sounds while on the ice. Though the ice is solid, fluctuations in temperature can cause cracks to suddenly appear. 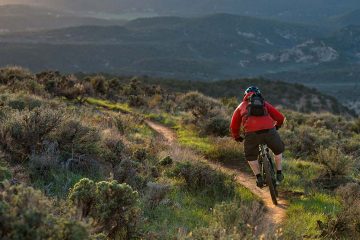 You don't have to go far to have incredibly thrilling experiences. Adventure travel USA is no joke, with everything from scuba diving to whitewater rafting. 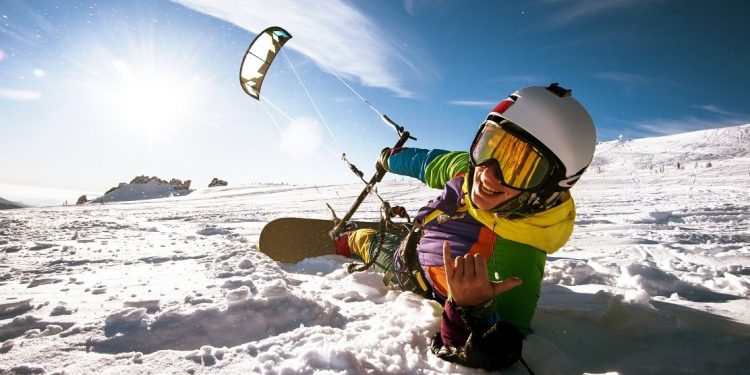 Partake in snow kiting for a wild ride across the snow.Photo Credit: Getty Images

In south Florida, there’s a peculiar sport called kiteboarding, a blend of surfing and parasailing that has participants zipping over the waves at high speeds. Well, Norway has its own version — and it takes place on land.

Dubbed snow kiting or ski kiting, it sees the adventurous strapped into snowboards, connected to kites, and let loose to zoom over (or sometimes up) slopes at speeds nearing 70 miles per hour.

If you want to harness the power of the wind so you can leap 80 feet above the earth, plan on making your trip any time from November through March. Oslo, Geilo or Varanger are all popular snow kiting spots, but most agree that you’ll have the best experience at Hardangervidda National Park, a 3,000-square-mile space utterly devoid of obstacles.

There are also a number of nearby lodges. 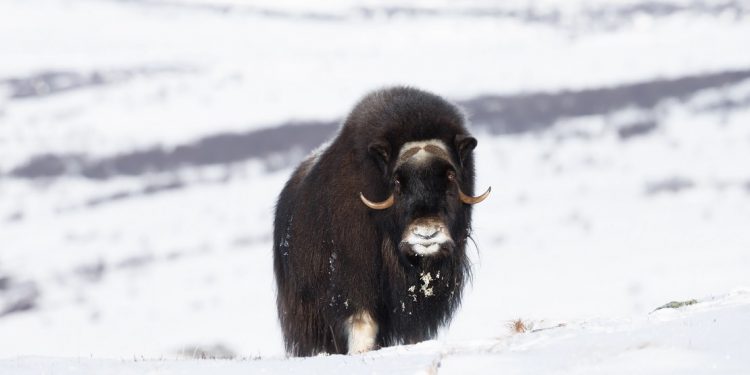 Greenland: Hunt at the Top of the World

When it comes to Nordic tourism, Iceland is (pardon me) hot right now, but hardly anyone talks about its chillier cousin Greenland. That’s not surprising given its rugged geography and tiny population. However, its geographical isolation offers unique opportunities for outdoorsmen, particularly big-game hunters.

In western Greenland’s Kangerlussuaq area, you can find the musk ox, a giant horned mammal that’s the largest animal of its kind on the island. Numerous local and international outfitters can arrange outings, and if you’d rather wield a camera than a rifle, many also plan safaris. There are also opportunities to hunt smaller game such as Arctic hares and ptarmigan. 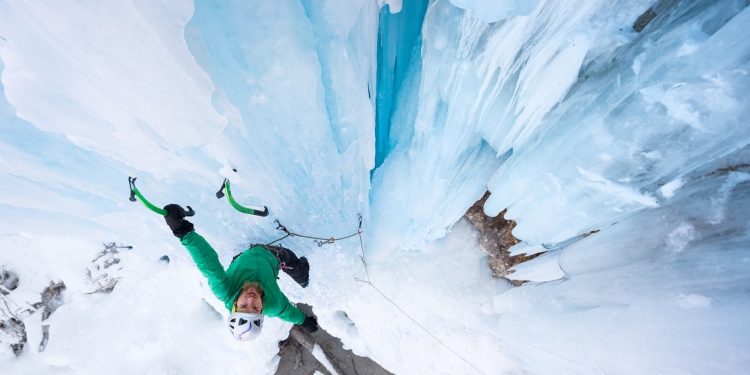 Tackle frozen waterfalls for the experience of a lifetime.Photo Credit: Getty Images

Situated in the midst of the Canadian Rockies, Jasper National Park boasts plenty of superlatives, including being the largest national park in its particular mountain chain and containing the only icefields accessible via road. It’s those icefields and the breathtaking Maligne Canyon where you’ll find this particular Alberta adventure.

When winter falls like a hammer on Alberta, all of Jasper National Park’s waterfalls freeze solid, making for ideal ice climbing. Although you can strap on your own crampons and tackle the falls by yourself, novices should definitely consider hiring a guide service such as Rockaboo Mountain Adventures to help them learn the proverbial ropes. 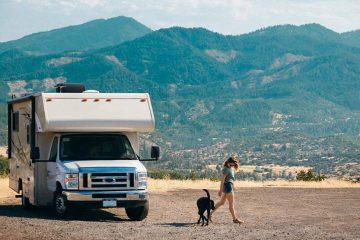 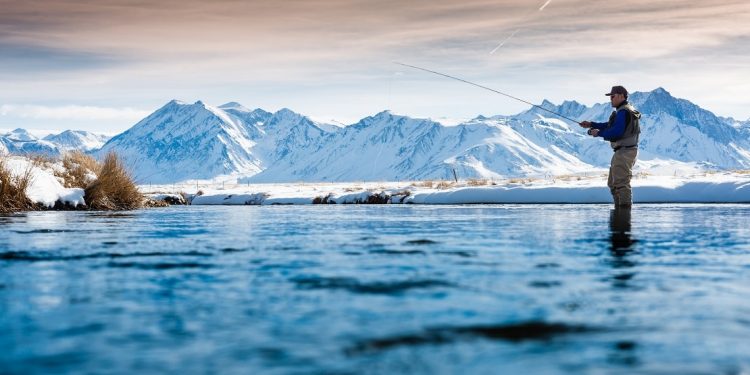 Fly fishing conjures up images of Robert Redford’s Oscar-winning film A River Runs Through It, all shining coils of line whipping through sultry summer air. But true aficionados of this leisurely sport know winter can be one of the best times to break out your flies. The crowds are down, the water is clear — and the fish are hungry.

Missouri Headwaters State Park offers a unique setting for fly fishermen willing to brave the elements. Situated where the Jefferson, Gallatin and Madison Rivers combine to become Big Muddy (i.e., the famous Mississippi River), the Park provides a surprisingly placid place to pull on your waders, land a few trout and enjoy the mountain-studded horizon. 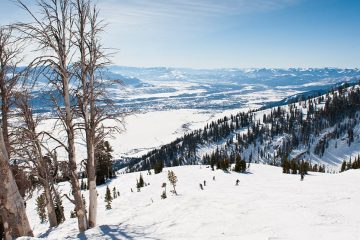 The View from the Top: 8 of the Best Ski Vacations in the World

Looking for skiing destinations with superior views, miles of powder and stellar apres-ski options? These are the best ski resorts for all that and more. 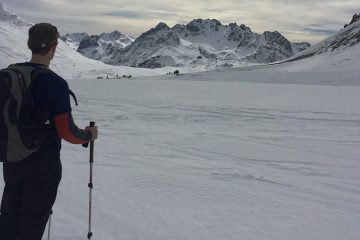 Roger is a mad traveler and lover of the outdoors. Originally from Australia, he is now living in Switzerland where he spends most of his time traveling, blogging, hiking, or mountain biking. You can find him online blogging about Switzerland (https://expertworldtravel.com/) or on Twitter (@rogerwilltravel).

If you're looking for things to do in Switzerland in the wintertime other than skiing, this list will ensure you have an enlivening experience. 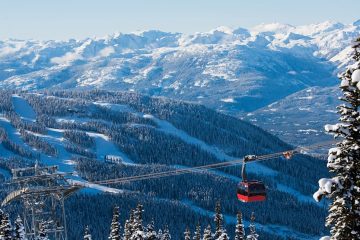 If you're looking to take in incredible views on the slopes and spend evenings dining in upscale restaurants these luxury ski resorts are just the thing.

The View from the Top: 8 of the Best Ski Vacations in the World

Looking for skiing destinations with superior views, miles of powder and stellar apres-ski options? These are the best ski resorts for all that and more.

Roger is a mad traveler and lover of the outdoors. Originally from Australia, he is now living in Switzerland where he spends most of his time traveling, blogging, hiking, or mountain biking. You can find him online blogging about Switzerland (https://expertworldtravel.com/) or on Twitter (@rogerwilltravel).

If you're looking for things to do in Switzerland in the wintertime other than skiing, this list will ensure you have an enlivening experience.

If you're looking to take in incredible views on the slopes and spend evenings dining in upscale restaurants these luxury ski resorts are just the thing.