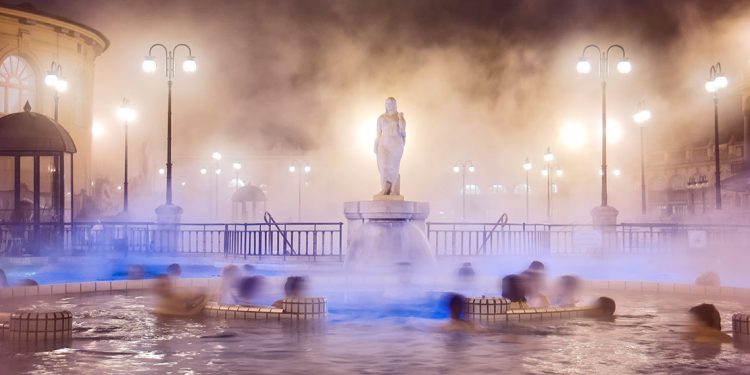 With 1000 natural springs in Hungary alone, thermal baths must be on your list.
Photo Credit: iStockPhoto / Bamboome

Anna Scanlon
Anna Scanlon is an American PhD student living in the UK. She spends her days studying history, traveling, pampering her shih tzu Eugene, and writing for her blog, Anna in Wonderland. Anna has lived in five countries so far, and traveled through many more.

The Familiar and the Foreign

Budapest isn’t always a destination at the top of everyone’s list, but it definitely should be. Although Hungarian is not an easy language to learn, Hungary is just foreign enough to a North American or western European while still holding something a little familiar.

Budapest, the capital of the country, is home to about a tenth of the population and is deeply rooted in culture and history. If you’re wondering what to do in Budapest here are five attractions you won’t want to miss and four foods you have to try!

On your visit to Hungary, you will quickly learn that Hungarians love a good thermal bath. With 1000 natural springs in Hungary alone and lots of Hungarian doctors prescribing a dip in the waters for health reasons, it is no wonder “the baths” (or Fürdő as they are known in Hungarian) are so wildly popular both with Hungarians and foreigners.

When you visit a bath in Budapest, you can choose to do a variety of things, from enjoying your time soaking in waters of varying temperature to a more luxurious experience that can include massages, manicures, pedicures and hair dressing. Depending on where you go, the massages may be a bit rougher than you’re used to North America or Western Europe, so it is good to read up on the spa beforehand.

In Budapest, the two most famous baths are the Szecheyni and Gellert, though the city is dotted with tons of them. Some baths may be segregated by sex on certain days or have specific areas for each sex. Others are mixed. If you are in a party of mixed sex, it is important to find this out before heading for your day out.

You can spend a few hours at the baths or make a day of it. Typically before you enter, you will buy a ticket, which may include access to specific areas – you can pay more for access to more baths. There are usually locker and changing rooms and you can usually pay to rent a towel.

Depending on where you go, however, the towels are a bit more like sheets, so if you’re after something nice and fluffy, it is a good idea to bring your own. 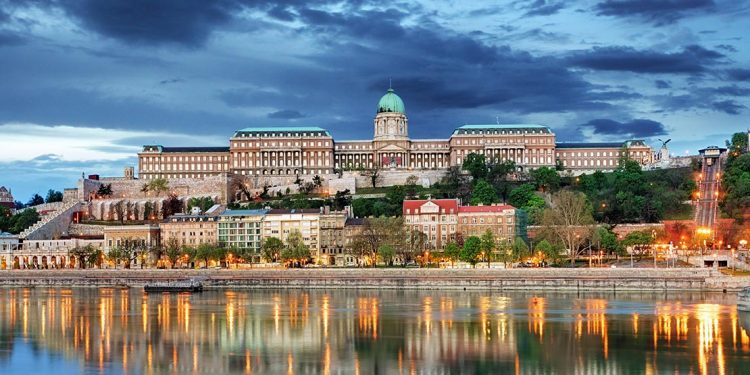 The museum is located in a series of tunnels underneath Buda Castle Hill, featured here.Photo Credit: Getty Images

2. Hospital in the Rock Museum

As part of a series of interconnected tunnels under Buda Castle Hill, this is one museum you will never forget visiting. The Hospital in the Rock was once used as a secret nuclear bunker and an emergency hospital. During WWII, it was used as an air raid shelter and the hospital was active in treating those injured during the war.

It was also used during the 1956 Revolution to treat the wounded and during the ‘50s and ‘60s was remodelled to withstand a possible nuclear attack. Although the dolls and mannequins representing their historical counterparts can be a bit creepy, this museum is incredibly unique and definitely worth a visit.

It is also a great place to go on a hot day to escape the blistering Budapest sun, as you’ll immediately start to cool off in the underground quarters. 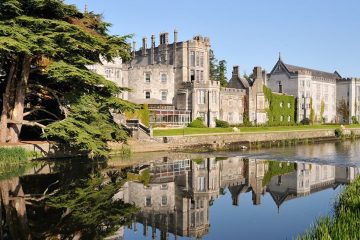 9 Stunning Sights to Seek out on Your Trip to Ireland

While Ireland is so lovely you couldn't go wrong even if you spent all your time wandering the countryside, these are the best places to visit in Ireland. 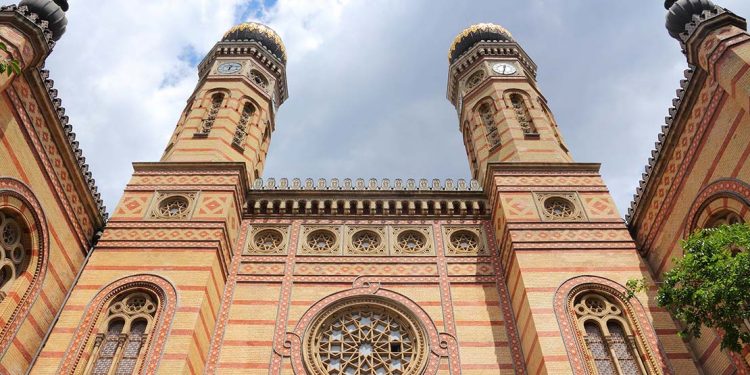 Boasting a seating capacity of 3,000 people the Dohany Street Synagogue is the largest in Europe.Photo Credit: iStockPhoto / tupungato

Whether or not you’re interested in Jewish heritage or religion, this synagogue is a must-visit. Boasting a seating capacity of 3000 people it is the largest synagogue in Europe, and one of the largest in the world. Completed in 1859, the architecture is influenced by the Moors of North Africa and several mosques in that area.

Although the building was bombed and desecrated during WWII (the occupying Germans used it as a stable in addition to their base for German Radio), it underwent serious reconstruction in the 1990s and is now back to its former glory. Additionally, the synagogue houses Torah scrolls from several synagogues around Europe that were destroyed in the Holocaust.

It is definitely worth popping your head in for a look at the stunning and breathtaking architecture. Fun fact: They say imitation is the sincerest form of flattery, and the Central Synagogue in Manhattan (New York City) is an almost exact replica of the Dohany Street Synagogue. 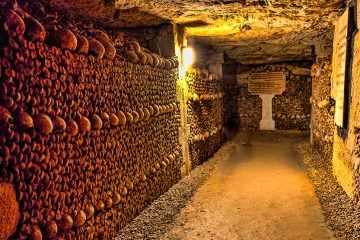 Compellingly Creepy: A Guide to Visiting the Paris Catacombs

A Paris Catacombs tour will give you an experience you won't soon forget. Walk along 2 kilometers of tunnels, surveying the bones of past Parisians.

Compellingly Creepy: A Guide to Visiting the Paris Catacombs

A Paris Catacombs tour will give you an experience you won't soon forget. Walk along 2 kilometers of tunnels, surveying the bones of past Parisians.